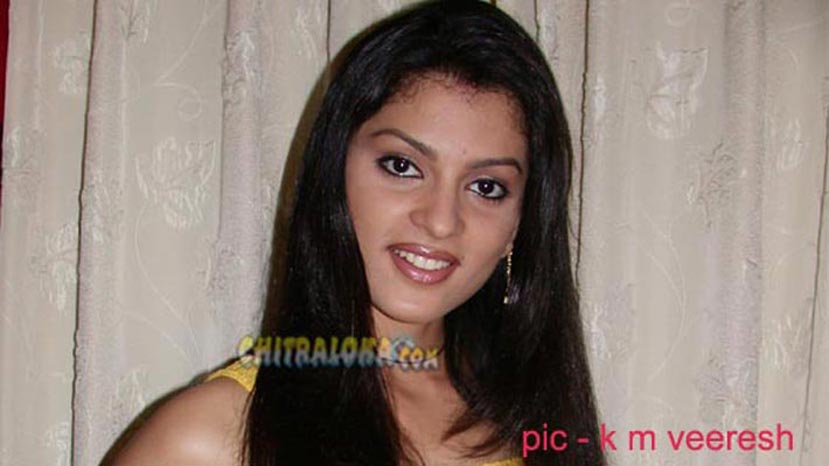 The zeal and zest in the pretty girl Zainab is something remarkable. In all the zones of her life Zainab – now Spoorty in her maiden Kannada film ‘Encounter Dayanayak’ is befitting and she is benefiting all those who depend on her sprightly and sensible nature.

Looking good, feeling comfortable, living luxuriously and enjoying the profession at the zenith in her life Zainab has made her first appearance on big screen. ‘I feel proud to play the reel wife of legend Dayanayak’ she says with pretty good smile on her face.

In a tête-à-tête with Chitraloka mega portal in Kannada cinema Zainab alias Spoorthy comes out frank and fearless.

- On Her Appearances In Ads And Tv Commercials

- Where Is She Staying

Spoorthy alias Zainab from Mumbai now settled in Hyderabad, changed the name to Spoorthy in Karnataka.

- The Awards And Honors

She was finalist in Miss India in the year 2002.

She started working for modeling from school age. But she is treating the modeling as her profession from last 4 years. Earlier it was a hobby. Her father is a business man. She has two sisters and her cousin brother always accompanies her. Her key source of inspiration mother is no more.

- The difference between films and ad business

In films we have to slog a lot for victory. In modeling participate in the show take the money and get out.

- What Is She Looking For In Films

In films she wants to do a psycho role. Anybody can do glamour role. Slightly I like Urmila in that case. But I always want to maintain my identity.

- Any Othe Offers In The Past

I have faced the camera earlier. I was the heroin in Nagarjuna banner film `great India’. I participated in the shoot for 15 days. But that film was stopped. I don’t know the reason.

- What The Life Taught

The life taught me to be professional and imbibed discipline. I am a straightforward. For me my mother was everything. I look at the society, move with the people and procure knowledge. From my school days I am clear in my thoughts.

- Other Areas Of Interest

I was in to Athletics – in shot put, high jump, table tennis and a few other sports I made a mark like how I used to get A+ grade in my studies.

- Reason Why She Had Not Made Big In Big Screen

I do not want to be in two professions at a time. Sailing in two boats is not possible for me. The profession I was leading was exciting and enthusiastic. I was selected for ‘Ishq Vishq Pyaar’. They called me for 100 times but some how I did not made up my mind.

No. The going is great and earning is also pretty good. My ultimate interest is to perform better and leave a strong mark by doing better work.

I am interested in setting up a Corporate Business. I have one ad agency and flourish as a business woman

- What Is Important Glamour Or Money

Creativeness is important for me. With such bent of mind I am proud that I have handled my life very well.  Hard work always gives money

- Have You Met Mr Dayanayak Or His Wife

I vaguely remember him seeing in a function. He was rotating the pistol from his finger. Since I play reel life wife of Dayanayak I am interested in meeting his wife. I work for 25 days in this film.