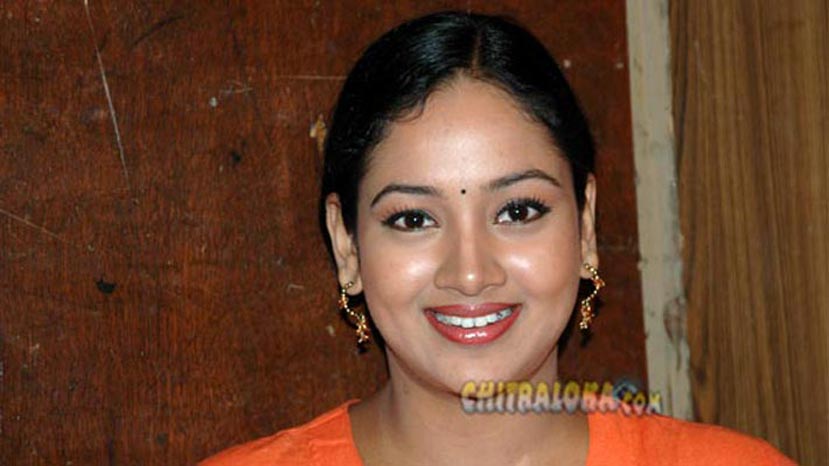 We have a proverb in Kannada – ‘Shankadinda Bandhare Teertha’. Look at the local lass Uma – daughter of actress Sumithra and director of repute D.Rajendra Babu. She is here at home with big name in other languages as heroine. She is popular actress in Tamil, Telugu and Malayam in the name of Umashankari.

Looking beautiful fit absolutely for the silver screen Uma is making her first appearance in Kannada in Upendra starring ‘Uppi Daada MBBS’. The film went on the floors on Monday at Shakthi Ganapathi temple in Jayanagar. Making debut from Bharathiraja’s ‘Kadal Pookkal’ that was well received by the audience and media gave rave reviews for it. After this she had figured in 12 Tamil, 5 Telugu and 6 Malayalam films doing from college going girl to serious then a sister, mother etc. Talkative and bubbling Uma remembers her sister role film ‘Chokka Thangam’ in which Soundarya played heroine opposite Vijayakanth role. In ‘Thendril’ she keeps an aged writer as role model and worships him.

What is that she took as tips from home? Punctuality and accept films one at a time.

What is that she is looking for in this tinsel town? Even a granny role is ok. But what I want to achieve should be like something tremendous. The role I perform should not have been done by any heroine in the past and it should not be easy for anyone to do in future of cinema she says firmly.