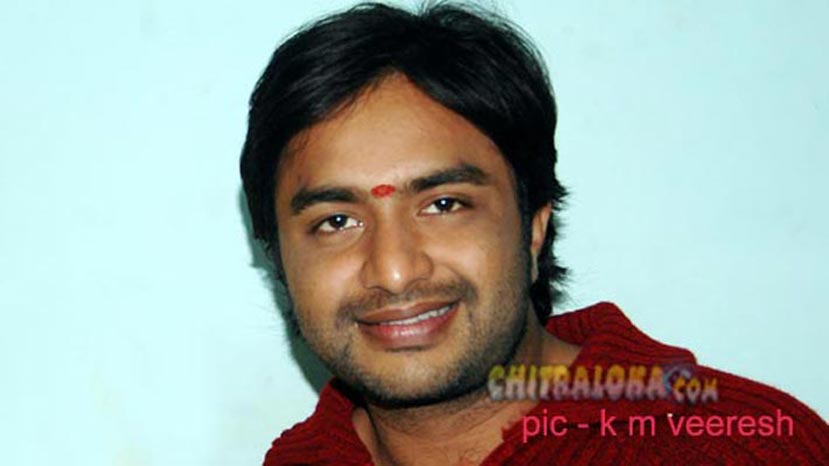 Quiet and who could become a quintessential Naveen Krishna now changed name to Akshay Krishna has signed a Tamil film ‘Karighattagari’. Although this is a heroine oriented film Akshay remembers the gratitude of director Bharathi Kannan who has done ‘Love Story’ (remake of Maro Charitra) and ‘Vijayadashami’

in Kannada. Kushboo is playing a guest role in this Tamil film. Akshay son of talented supporting actor of Kannada cinema Srinivasamurthy is going slowly because the numerous offers he is getting are not that earth shaking subjects. He has agreed two Kannada film off late. One is ‘Goodluck’ with Anirudh for journalist turned director Nandakumar and the other one is ‘Nenapirali’ for director Rathnaja.

In between his films Akshay is doing a post graduation in Advertising and Public relations from Madhurai Kamraj University. After receiving rave reviews for his role in ‘Kadamba’ Naveen changed his name to Akshay and the industry could not give this bright boy the right share for his caliber. Now the situation is different for Akshay.