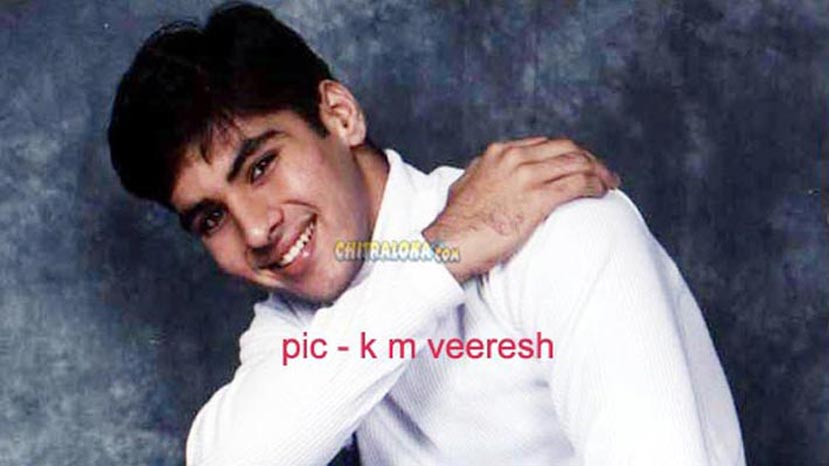 Punctuality, patience and perseverance always pay in the long range in this most indefinite field of cinema. It has been proved in the past.

Look at the Punctuality of this teen age actor Dhyan alias Sammeer Dattani. He arrived on dot at 5.30 am for the photo session and leaves a quick impression effectively. In an hour stay at the photo session held by Chitraloka.com Dhyan a debutant in Nagathihalli Chandrasekhar’s ‘Nanna Preethiya Hudugi’ showed his ‘Preethi’ – love in the tinsel town in a quick chat.

At 17 years this Gujarati boy showed his mettle by spreading his arms in modeling, video albums but of course with a crash course in Kishore Namit Kapoor acting school in Mumbai. ‘I wanted to complete my graduation in Commerce but the offers came to me forced me to set aside my studies for a small time’ – I know studies is a basic requisite says Dhyan.

Tall, well built and dimple chinned Dhyan was introduced to director Nagathihalli Chandrasekhar by Ramanathan of Rajashri Pictures. Dhyan a cool and workaholic boy felt excited at the offer of first shot he faced for ‘Nanna Preethiya Hudugi’.

It was a pleasure working with director Nagathihalli Chandrasekhar and that too at a fantastic place like United States of America says Dhyan. Not knowing Kannada language did not perturbed my emoting. I was shy in the beginning but later stage I overcome it inform Dhyan.

For facing the camera Dhyan was in no way scared. He had faced the camera for cosmetic like Head and Shoulder Shampoo, worked in video albums like Valentine Day, College Ka Din, Pyar Kar Le etc.

On the stressing period faced by Mumbai film Industry Dhyan has a quick answer. Film industries have got the connection of underworld he has learnt. In some case the Government join hands is what he has understood.

Will he or won’t he after the success or failure of ‘Nanna Preethiya Hudugi’? I have the passion to act in films. He loves this environment and has watched Dr.Rajkumar films too and thrilled.

Dhyan’s original name is ‘Sameera’ – it means wind. Let him possess the strength of lord Anjeneya (symbolic of wind) and pass through the wind smoothly.