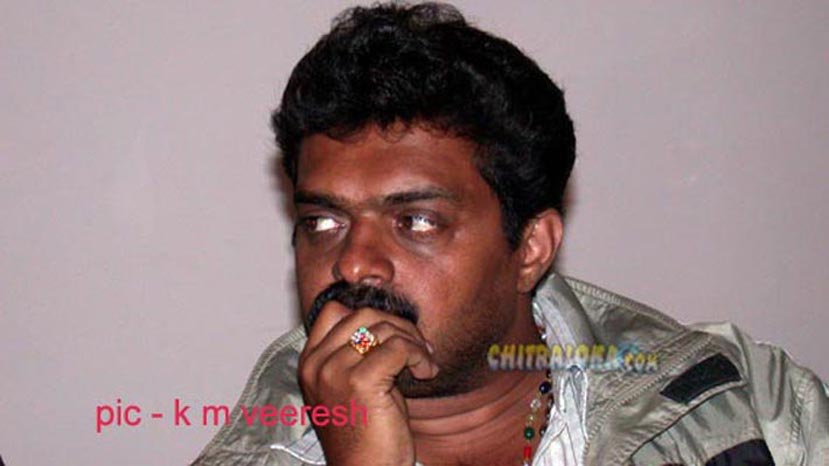 Very rarely the cine journalists show their in built strength when it comes to writing script or screenplay. While Udaya Marakini and Girish Rao – both of Kannada Prabha, is the recent hit pair from ‘Mouni’ Kannada film. Yet another cine journalist the unsung hero all these days making it big is Mysore Harish - a consistent and tolerable script writer.

Pretty good background of two decades of stint in film journalism Myore Harish laces the comedy and sentiments whether it is chatting with him or in his stories he has lent for films so far. From ‘Anatha Raksha’ till ‘Encounter Dayanayak’ Mysore Harish never aspired for publicity and believed firmly in hard work. His other films for which he provided story and screenplay are Vasantha Kavya, Aaha, Devara Maga, Mafia, Channappa Channegowda, Pandava and the recently released hit film ‘Bhagat’. Armed with Master in Arts post graduation degree from Mysore University he began writing for ‘Aragini’ two decades ago for which he is the head now editorial contents and designing. He served in Vara Patrike, edited Star film magazine, brought out Cinema Makaranda, he was a columnist for Tharanga for a brief period too.

Although he is frequently lending stories for big screen his first love is journalism. The film industry treats him as a good friend because of his valuable advices now and then. Even after knowing the minus points Mysore Harish was never harsh when he used his ‘sword’ that is pen. He has immensely liked the subjects he had prepared for ‘Vasantha Kavya’ and ‘Devara Maga’.

The most wanted journalist in the film and media circles never utilized the services of his profession for personal gains. Like others he never wrote on withered away artistes and cashed on it. The most admirable part of Mysore Harish is that he always stood by his closets difficulties. There are several cases of support he had extended. Like that the help he made has bounced back to him as a painful experience.

He is a fellow colleague and an enterprising company. He is looking for a big breakthrough from the much expected ‘Encounter Dayanayak’ produced by M.G. Ramamurthy and directed by ace director D. Rajendra Babu.