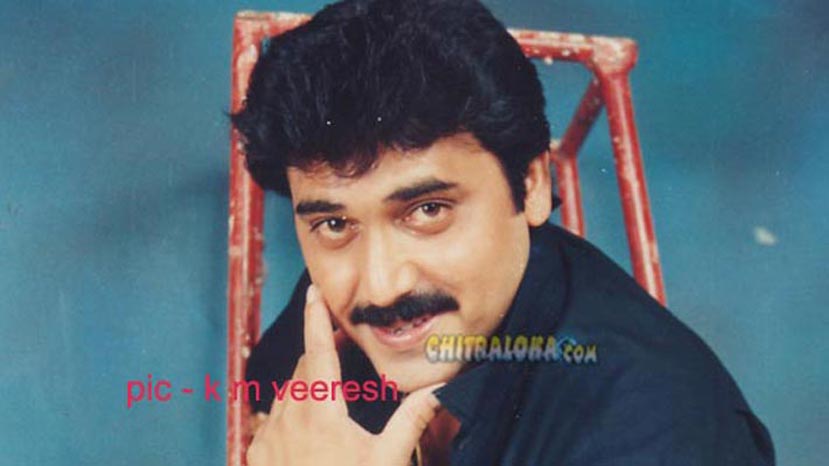 One of the very few handsome looking youngster Shashikumar came to tinsel town with lot of hopes has to be content with no major hits despite of acting nearly 100 films. A promising youngster a decade and half stint this young Shashikumar films did average business in the industry and he had the hero material in him. The excellent dancing ability, the dialogue delivery, his attempt to emote and quite a good physique earned him lovely offers and he clicked in comedy roles too in Kannada cinema. He ventured into Tamil films and the ray of hope for his was not there. Shashikumar and controversies are always a part of his career. While Malashri and Shashikumar affair is a closed chapter now, the issue was very hot in the industry. Among a few other controversies Shashikumar coming late to shooting spot became very useful. The lack of proper guidance for this interesting actor was one of the main reasons that saw the career graph down despite of offers pouring in. A breakthrough with Shashikumar as a sole hero has not materialized so far in his life.

In life he has got a major breakthrough with the Parliament election he won successfully from the Chitradurga Lok Sabha elections. Prior to this Shashikumar met with a road accident and injured his lovely face cut which is very rarely found in Kannada films. With a swollen face he did not give up acting but the pretty good change he got was for contesting for the election. When I find time I will accept the films and the priorities in my life. I have taken up a lot of social work in Chitradurga said Shashikumar at the recent 'Yajaman' audio release. I am getting water to all parts of my area by digging bore-well. There will be mobile hospitals too to cater to the needy people Shashikumar informs.