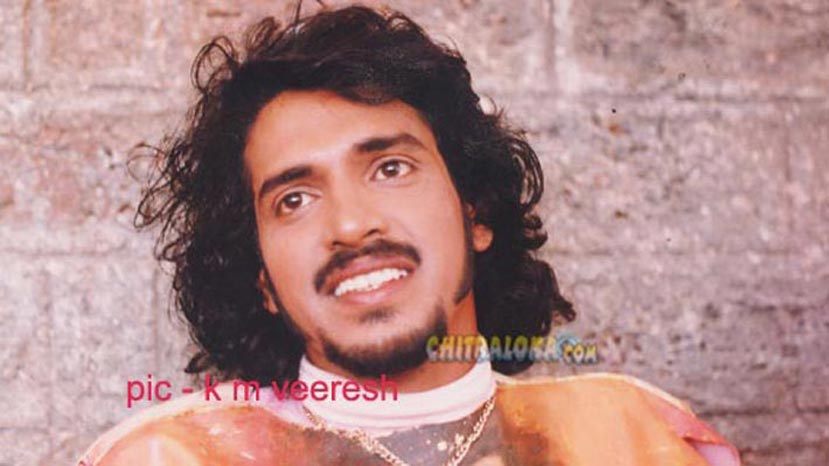 While trailblazer Ravichandran is a dream merchant of Kannada cinema Upendra is the dream chaser in his life. A peerless hero today Upendra is also a dexterous director.

Starting from a low key five years Upendra worked in the camps of directors Kashinath and Sunilkumar Desai and ever kept his urge from his day one.

It is not a success by overnight in the case of Upendra. He slogged very poorly in his personal life and later raised like a phoenix from the film 'Sh...'. In the later days he took a daunting task to direct novel film 'A' and proved that he is the man with patience, power, persistency and perseverance.

The technique adopted by Upendra has become a key point for the success and disproving the audience thinking again and again in the film for at least half a dozen time made everyone to accept him as a'Box office Badshah'. Like in any gamble from the film 'A' Upendra or the producers did not made much money but the distributors pocked nearly 12 crores from marketing the film. Upendra became busy and he proved that Kannada film industry is not too small and has the capacity to make crores of business.

His next with the title of his own name 'Upendra' kept high hopes in the minds of everyone and accordingly he won. The gimmicks and narration style of Upendra made him the hot property of Kannada film industry. 'Upendra' launched under four languages raked nearly 8 to 10 crore business for the producer Shilpa Srinivas.

Upendra has reached a such a stage in the industry that everyone started observing him very carefully. The children, the young girls and even the oldies scratched their head for his style on the screen but never pooh-poohed his tremendous brilliance.

The recent rage 'Preethse' starring Upendra and superstar Shivrajkumar has been hit again. Upendra owes Shivrajkumar for the success of it and it is the right thinking on his part as Shivrajkumar with 50 films to his credit has been the 'unshakable hero' today. The violent love story a remake set the box office on fire.

Raising from utter poverty to a controlling position in the industry, Upendra is also a hit in neighbouring Andhra Pradesh. He has four films ready in Telugu language. The two films with big budget he had signed for Producer Ramu and Dhanraj have already raised expectations.

In Ramu International's 'Hollywood' Upendra will be opposite the Bollywood sensation Monisha Koirala and all likely he is playing the key role with Madhuri Dixit in Producer Dhanraj's 'Cauvery.