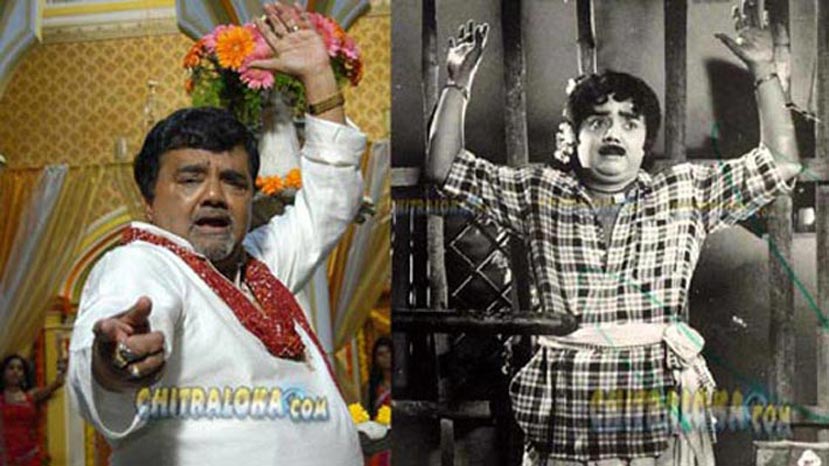 The history of the Kannada film industry would be incomplete without a reference of  B.S. Dwarakish who is multifaceted personality in the industry.  He is one person who has many traits of achievement to credit and one of the few persons who can connect well to past and say with authority about the struggling days of the industry when it was yet to  find its feat.  For many people in the industry he is a role model and gem of a person, but for a few others he is also a controversial personality who did not like to share the glory with others. He is a close friend to few people who understand him.  They would stand by him always.  But there are a large section of people in the industry who criticise him in the back, but pay encomiums to be him when they face him.

He is Dwarakish, the actor with a terrific comedy timing, a producer with a brave heart. a director who has not shown poverty of ideas and a film personality who has identified many great talents and an exceptional friend to a select band. Few people know he also distributed many Kannada films to support a few producers.  Such a talented and brave heart of the Kannada film industry is completing seventy years when all his dearest sons and daughter-in-laws and grand children have achieved something in life is to be appreciated.  And to be part of  this well emerged industry for the past fifty years is something to cheer about.

On 19th August Dwarakish is completing seventy years.  ON that day he will have a traditional Sathyanarayana Pooja in his house where many of his relatives and close relatives are expected to come.  Evening his son Yogi Dwarakish who is an established producer now is hosting a party to the friends of the industry.  That will be first press meet of Dwarakish's latest film Charulatha.

A person like Dwarakish despite his shortcomings has to be viewed and assessed in totality.   When you put his achievements and a couple of flaws side by side and assess him, you will only feel  how this "Mr. Small' achieved such great feats in the industry. Wish him a happy birthday and a long life  of activity, healthy and peace.