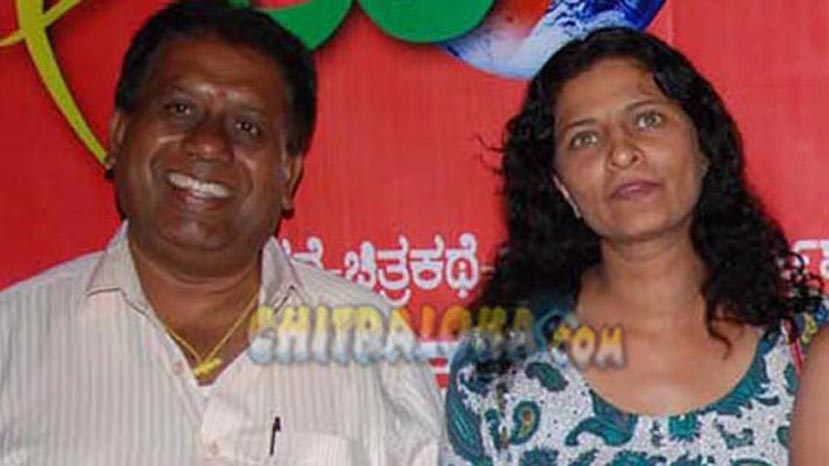 Writer and director Kavitha Lankesh deserves big kudos for supporting her technical team and standing by them in the times of a crisis. Kavitha Lankesh had directed Ravichandran starrer "Crazy Loka' produced by Confident Group.  Confident Group had assigned the responsibility of  the production to King Ravi who had not settled the payments to the many technicians and artists of the  film. King Ravi is already a producer of many films, but he had never proved to be a righteous person.   He would promise that payments will be given on time, but many technicians who had worked for the film were cheated on payment.  Ravi did not respond to the technician's queries despite many phone calls and personal contacts. He did not respond to the director Kavitha Lankesh's request for organsing the promised payments to technicians who had worked so hard for the film.    Ravi is notorious for cheating on many artists and technicians working for the film In case of  Harhsika Poonachcha who had played an important role in the  film, he had promised to make the pending payment after the actress finished her dubbing work.  But later he was not to be seen in the dubbing theatre and he did not take any calls from the actress there after.

Finally an exasperated Kavitha .Lankesh approached the Karnataka Film Chamber of Commerce and a meeting was immediately arranged on this issue.  Ravi who had already received the payment from Confident Group was called in for giving his version.  But Ravi immediately apologised and organised all the payments for the technicians.  All the technicians including lyric writer Kaviraj were happy to receive pending payments.

Confident Group should be careful about people like King Ravi who has tarred the reputation of a  big corporate group. Hats off to Kavitha Lankesh for exposing people like Ravi and also stand by her technicians and to see that they are amply compensated.

This is in sharp contrast with the way many top film directors and cinematographers behave.  Many Directors and Cinematographers are happy that their payment is settled and are prepared to sign 100 percent letter even though their assistants have been cheated of their just payments.  Kavitha Lankesh has shown the way now.