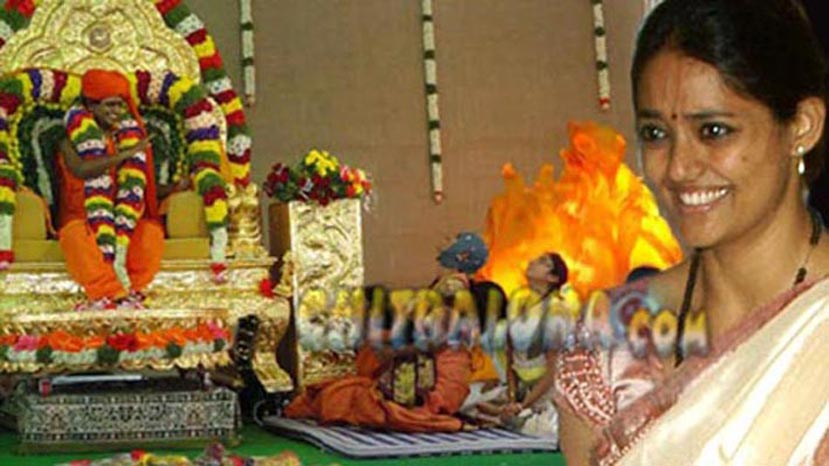 Even as the controversies are rocking the much discussed Nithyananda, he has another big problem to solve.  Now, actress  Ranjitha who is alleged to have been part of a sleeze video that made rounds two years ago wants the controversial god man's permission for her to accept film offers.

Rajnitha has an unflinching loyalty towards the controversial godman. Despite the controversial video supposedly featuring Nithy and herself, her relationship with the godman continues to remain as it was earlier.  She even went public some time back with her remarks that she would continue to be a