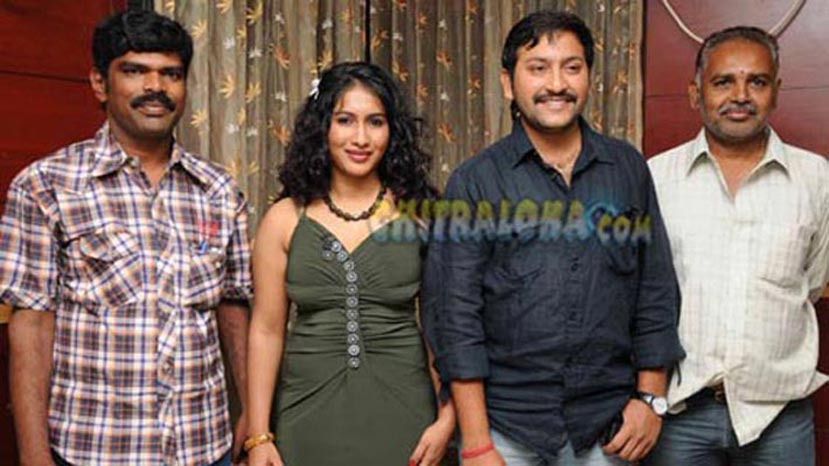 A new film with a new hero and new producers is always a risky work for any director.   He cannot do experimentation as he has to save the producers.  But he has to work hard as he has to see that the new hero gets acclimatised into the  film shooting culture.

But young director RK is not facing such problems, as the producers have full faith in his ability.  The new hero Gopikar has already worked in some Telugu and Tamil films and teleserials. The film's title is Sivaganga for which  Shashikumar, GK Thippeswami Pattanaseragu and JG Keshav Kallukamba  are the producers.

RK has already directed three films which have to be released. For the fourth film he has written a script which also provides a message that any problem can be solved through the love and affection.

Veteran cinemetographer J.G.Krishna who will be working with RK has also given a few tips to the director and producers to make the film in tighter budget but  strengthen the story content.