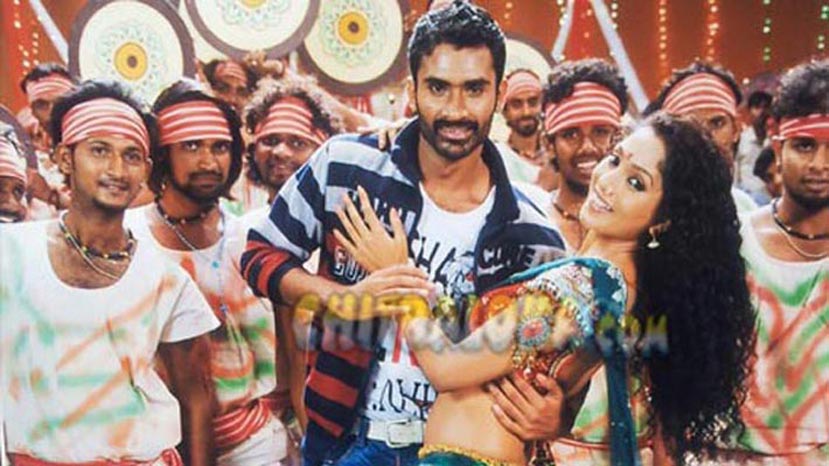 A special dance number was picturised for  Yogi and Sonia Gowda starrer "Jinke Mari' in the Rockline Studios by debutant director.  Actress Suman Ranganath who is not averse to doing special dance numbers was dancing to the tunes along with Yogish and around thirty dancers.  Suman Ranganath who has already worked with Yogi in the film Sidlingu  was seen happilly dancing with the young star who matched her fast movements. Suman had acted in the role of a lusty teacher who seduces the Yog in the film Sidlingu.
The song lines starting from Bangarupete Bangari was picturised in a special set erected in Rockline Studios.  Adding lot of glamour quotient for the song,  Suman was energetic and showed her passion in dancing in this number.  Yogi said tat he was happy to dance with an established dancer like Suman Ranganth.
Jike Mari is a remake of  Telugu Hit Bindaas. Naveen is directing the film and Mahesh is the producer.  Incidentally Mahesh was also acting in the role of a Police Inspector in the film.   Sonia Gowda is the heroine of this film.