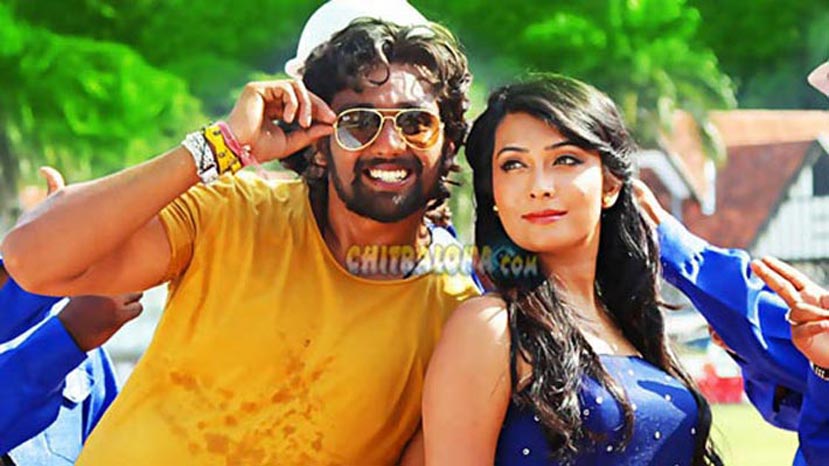 Bahaddur is on the way to the record books. The film has collected Rs 9 crore from the first 10 days of screening in theatres. The film is set to easily cross Rs 10 crore collection in the first two weeks. This is the gross collection for the film that will cross its second week in two days.

The film is doing especially well in multiplexes and could become the first mass Kannada film to earn more in multiplexes than in single screen theatres. This is attributed to Dhruva Sarja and Radhika Pandit combination whose first film together, Addhuri was a huge hit. The film has connected well with the young crowd.

There have been films in Kannada in recent months which have earned more in multiplexes than single screens like Ulidavaru Kandante and others. But Bahaddur is the first mass film to do so. Bahaddur will become one of the few Kannada films to cross Rs 10 crore collection and the first for a new hero who is only two films old.