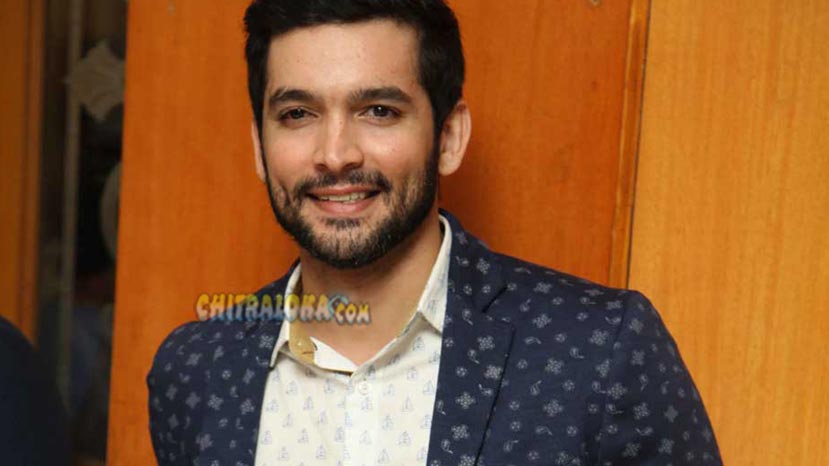 A publicity photo released by Yogaraj Movies shows actor Diganth, in what appears to be, completely nude. The actor is running on a road and his private parts are blacked out. This is the first look of the film Parapancha directed by Krish Joshi and under the Yograj Bhat banner.

This is not the first time Diganth has found himself in such a photograph. In Dev S/o Mudde Gowda, the film's title covered his private parts while his pants were shown down. This had created huge controversy and had to be later withdrawn. But the photo from Parapancha goes a step further and looks like a fully nude scene by an actor in Kannada for the first time.