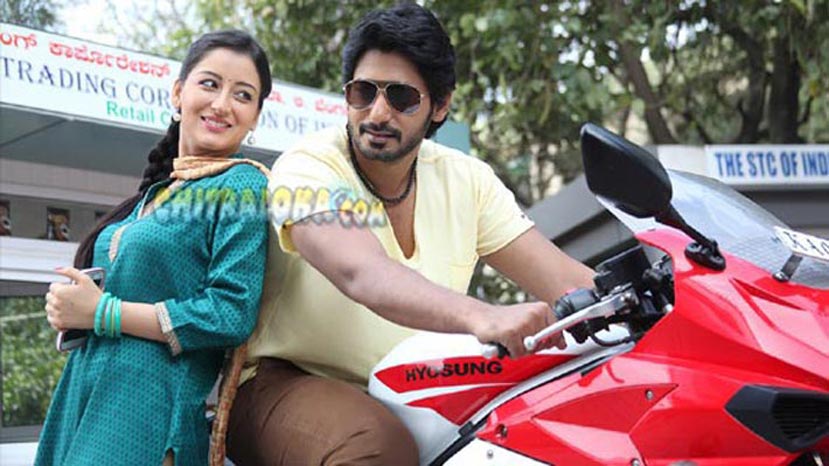 Shooting for the talkie portion of Prajwal Devraj's new film Neenadena, which is also the first home production of the Devraj family, is complete. Only two songs are left to be shot and the locations are being finalised. Choreographer turned director Kandhas, wrapped up the shooting and has already started with the editing work. He has announced that other post production work will also start shortly.
All four members of the Devraj family are part of the film. While Prajwal is the lead actor, his mother is the producer and younger brother the executive producer. His father, the senior Devraj has launched Dynamic Visions banner with this film. A large number of actors and technicians have been given opportunity to make their debuts in this film.