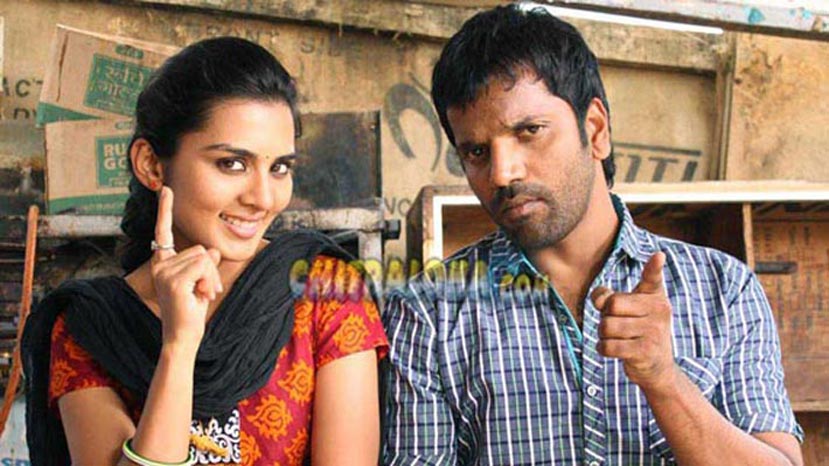 The shooting for Neenasam Satish and Sindhu Lokanath starrer is almost complete except for a song shooting. The song is scheduled to be shot soon.

'Love in Mandya' is being directed by lyricist turned director Arasu Anthare. He has shot the feeling in a schedule of 45 days in and around Bangalore, Mandya, Hosur, Krishnagiri and other places.

Lyricist Arasu Anthare who is also the director of the film says that the scenes being shot in Tamil Nadu is crucial and is the key point of the film. The team will be shooting for some more days and will be back to Bangalore in this week.

'Love In Mandya' is being produced by Uday Mehta who earlier produced films like 'Bachchan', 'Krishnan Love Story' and 'Ravana'. Jnanamurthy is the cameraman while Anoop Seelin is the music director of the film.