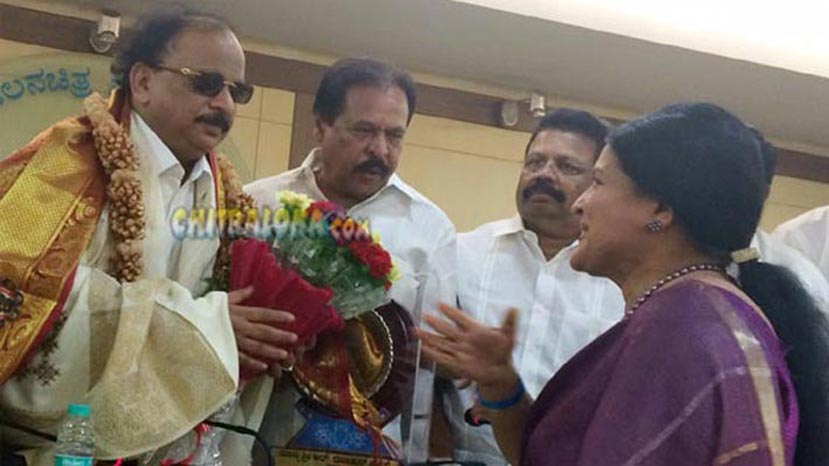 Information Minister Roshan Baig has said that if necessary he is ready to talk with President about the piracy issue which is severly affecting the Kannada film industry.

Roshan Baig was at the Karnataka Film Chamber of Commerce on Tuesday morning for the felicitation programme held at the Chamber office. He carefully listened to the problems affecting the Kannada film industry and said he is ready to help the film industry in all the way he can.

'I have grown up seeing movies. But I didn't know there are so many problems in the film industry. Now that you have explained the problems, I will talk with CM and will arrange a meeting with him' said Baig. He also said that when there is urgency, there is no need of appointment and instead anybody can come and meet him directly. 'I am ready to help in whatever way I can. We will not only work together but will think about future also' said Baig.

Baig ordered Information Department director Vishu Kumar to set up a help line so that there are no problems for film makers during the shooting of any film.

KFCC Gives a List of Demands to Roshan Baig