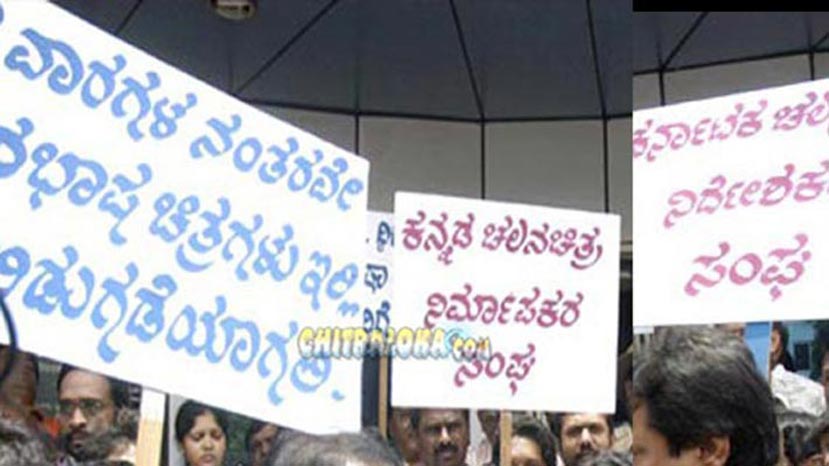 Out of the blue, many Kannada film producers and directors are jumping to support of dubbed films into the language. In two days since the controversy over dubbing of entertainment content into Kannada was reignited, producers like Anaji Nagaraj, A Ganesh, Praveen Kumar and directors like Matha Guruprasad have joined the chorus of support for dubbing. The three-month old expert report to the Competition Commission of India has started a fresh round of debate over the pros and cons of dubbing. But the real surprise is the support it has generated from the Kannada film fraternity.

Amidst reports that 200 films have been dubbed into Kannada and waiting to be released, there is confusion in the ranks of the film industry as unexpected support is emerging. The support mainly comes from producers who have been producing Kannada movies with Kannada actors and technicians for years. These producers have invested several crores of films in several mulit-crore films each. They have lost money on many of them but continued to make Kannada films. When they have started their support for Kannada films, the likely reason is the 'star-system.' With 'heroes' making money even if the film becomes a hit or flop at the box office, it is the producers who are at the receiving end all the time. Some of the producers therefore want to ensure that even they make profit and not just the stars.

But the unexpected support is in the form of Guruprasad. The director of Matha and Yeddelu Manjunatha spoke in favour of dubbing. He is counted as among the original thinkers in Sandalwood and all his films have been original and he is a critic of remake films. But when he spoke for dubbing, Sandalwood was shocked.

Till now, it is actors and workers who are opposing dubbing of films into Kannada. They fear that they will lose jobs. The real effect will be on 'stars.' If big producers make less Kannada movies and channels depend more on dubbed films, it will be the stars who will feel the pinch. Some of them make crores of Rupees with each film while the smaller ones make lakhs. The character actors and others have a fixed remuneration. A star acting in two to five films a year may get to act in only one or two films a year and make as much less money.

Many Telugu, Tamil and Hindi actors are already popular in Karnataka and their dubbed films in Kannada may attract more audience. This will further erode the popularity and earnings of Kannada stars. There was already producers who were talking about stars taking away all the money in films. So this group of producers who do not get dates of Kannada stars may move towards dubbing instead of making Kannada films. Even producers making films with stars were already saying that heroes should produce their own films and only then it would be economical.