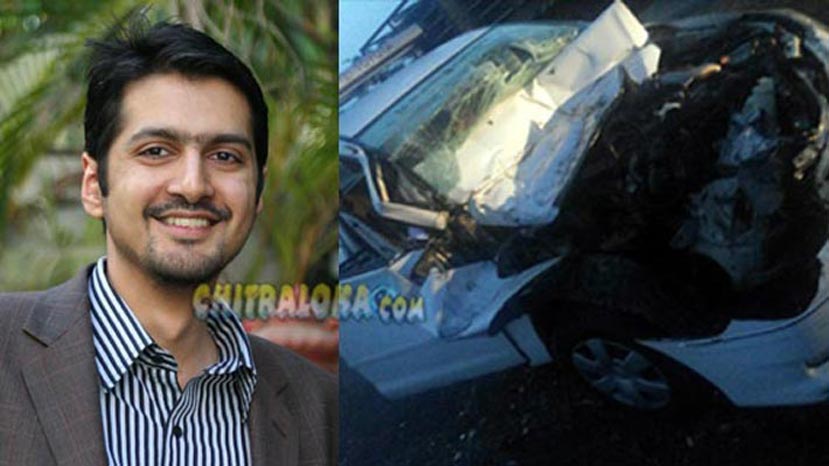 Composer Ricky Keg had a lucky escape in a road accident earlier today. It was his seat belt in the car that saved the music composer for the film ironically titled Accident and directed by Ramesh Aravind.

Keg says that it was "the worst accident ever." Keg says that he would recount the incident any number of time only to show how important seat belts are. Keg was wearing the seat belt even though he was in the back seat of the cab in which he was returning from Cochin to Bangalore.

He says,  "Luckily I am fine. I want to showcase this to show how important seat-belts are. I was returning back this morning from Cochin- Kerala after a few days of recordings. I hired a cab. The driver was driving at about 120kmph and rammed into a large lumber truck that had made a sudden stop for no reason. I just remember a deafening sound and then I blacked out for a few seconds. Later there was a crowd outside, the driver was screaming because he was stuck inside. Took half hour to get him out. He suffered a few fractures and cuts. If I was not wearing a seat-belt, I would have been dead. In India, people usually wear seat-belts only in the front seats. Let this serve as a lesson. I am alive and back to working on my music."