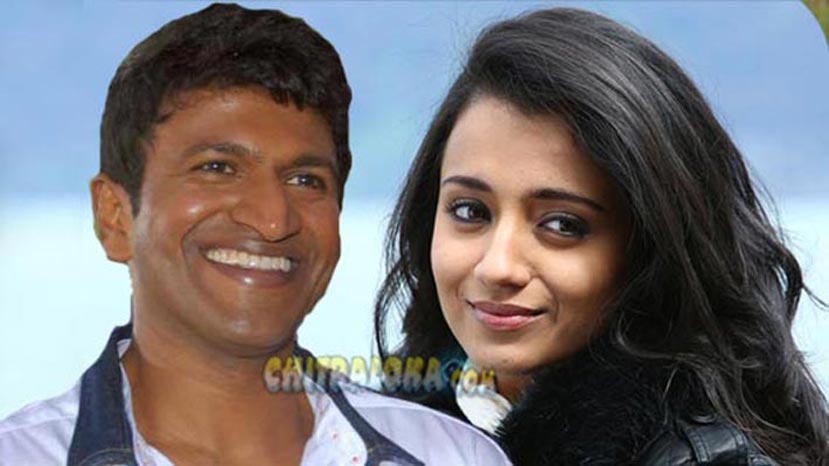 The question about who would be Puneeth Rajkumar's heroine in the 'Dookudu' remake has finally been answered. Telugu-Tamil-Hindi actress Trisha Krishnan has been roped into play the role of the heroine in the film. While the original film had Mahesh Babu and Samantha playing the leads, the Kannada version will have Puneeth along with Trisha.

Just when the news about 'Dookudu' being remade in Kannada, speculations started about who would be Puneeth's heroine in the film. Many names cropped up, but Trisha's name has finally been zeroed in. Director Madesh who is giving the final touches to the script has also confirmed that Trisha will be playing the female lead in the film.

The shooting for the film will start soon.