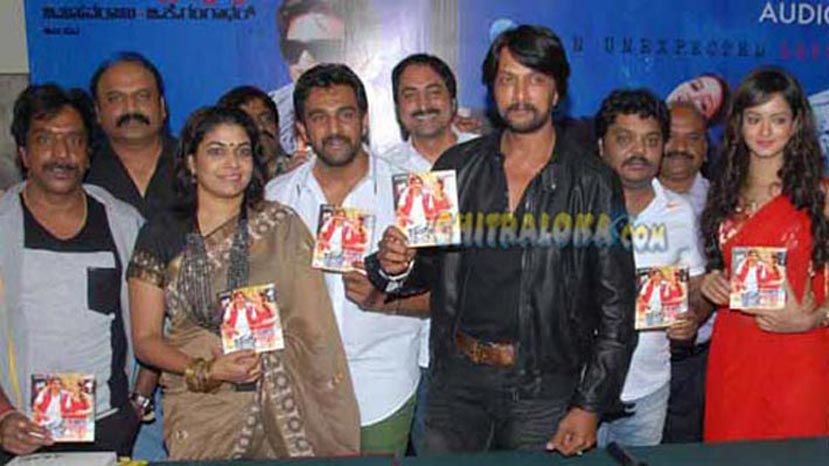 Actor-director Sudeep who is busy directing his latest film ‘Manikya’ surprised everyone by coming to the ‘Chandralekha’ audio release function along with his wife Priya Sudeep as the chief guest. The celebrity couple wished the team of ‘Chandralekha’ a huge success.

Director Omprakash Rao was in full awe of actor Chiranjeevi Sarja and said that he was very much pleased by the actor’s performance. Omprakash Rao also lauded Nagshekhar and compared him on par with late actor Sundarkrishna Urs.