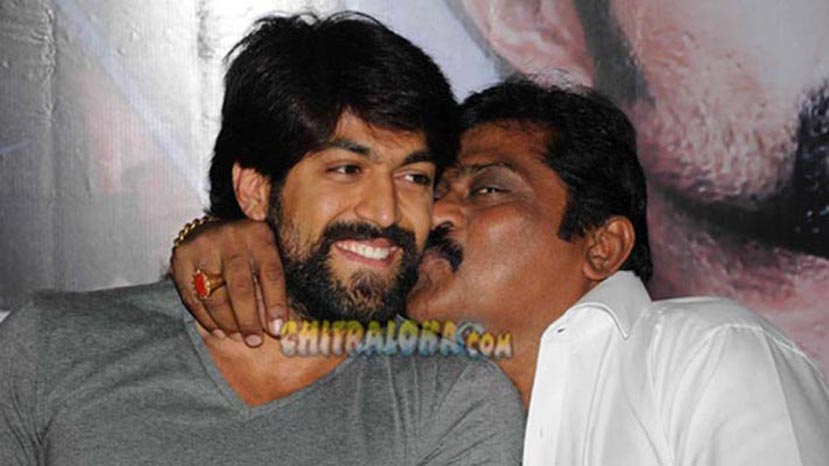 Looks like producer K Manju is overwhelmed by the success of his latest productional venture 'Rajahuli'. The film starring Yash and Meghana Raj has proved to be a hit and has managed to collect seven crores in a week not only covering the investment of the producer, but also has got him profits. 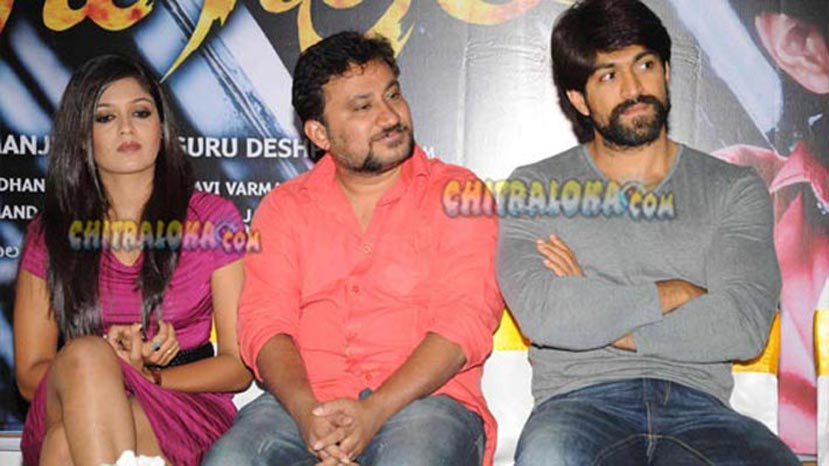 So, on Friday evening during the press meet of the film K Manju was so happy that he announced that he will give a precious gift for the success and kissed his cheek.
Yash, the team of 'Rajahuli' and the media who were present at the press meet when Manju gifted Yash with a kiss.

'I have produced more than 30 films till date and none of the films managed to get such a good collection at the box-office, that too in the first week of its release. 'Rajahuli' did it and I am very much proud of the film' said Manju.