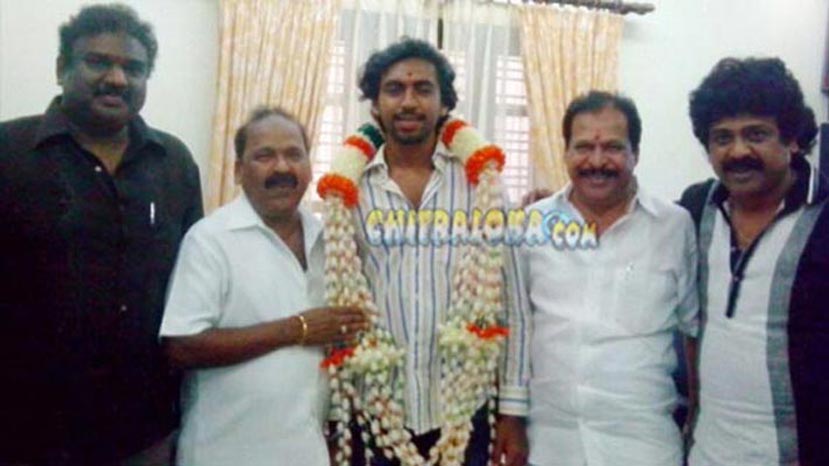 Anoop Govindu son of senior producer-actor Sa Ra Govindu celebrated his 19th birthday with well wishers on Saturday. A lot of producers and celebrities from the film fraternity including KFCC President B Vijayakumar, vice president Umesh Banakar, Secretary A Ganesh and others visited Anoop at his residence and wished the budding artiste not only a happy birthday, but also a happy debut through 'Dove' being produced by B K Srinivas and directed by Santhu.

Chitraloka wishes Anoop on his birthday and for the success in his future.