Soorappa Babu is Stable, But Needs Lot of Care 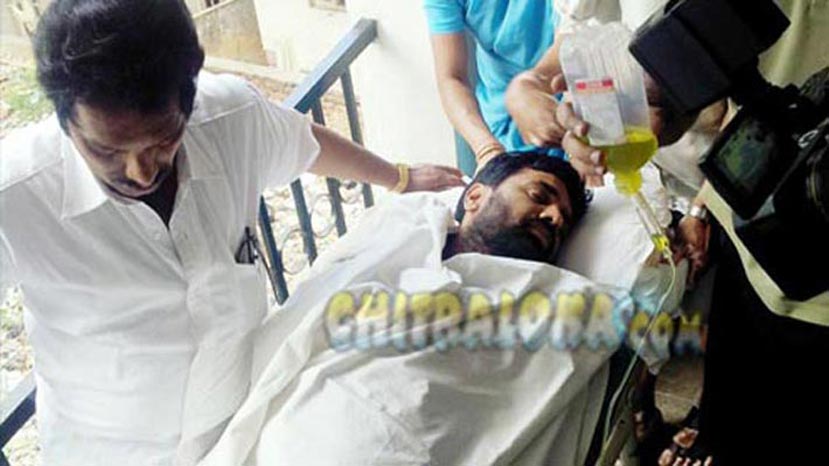 Producer Soorappa Babu who was admitted to  Vagas Hospital near Malleshwaram 18th Cross Bus Station in the morning is still in the Intensive Care unit. The doctors attending on him said that they have carried investigations of his health and found that the all the organs are working properly.   "Though his condition is stable, he needs to be watched as he needs lot of care' said a source in the Hospital.  He also made it clear that if Soorappa Babu's health condition improves, then certainly he will be shifted from the Intensive Care unit.

Incidentally a lot of producers were seen in the Hospital including Munirathna, A.Ganesh, Umesh Banakar, Dinesh Gandhi,  Ramamurthy, Ramesh Yadav, S.V.Rajendra Singh Babu,, K.M.Veeresh  were stay put in the Hospital from the time Babu was admitted the Hospital.  Actor Gurudatt,  Actor- Director D.P.Raghuram also visited and inquired the health of Babu.
K.V.Chandrashekhar, President of the Karnataka Film Chamber of Commerce, Sa. Ra. Govindoo, Thomas, K.Manju were also visited the Hospital.