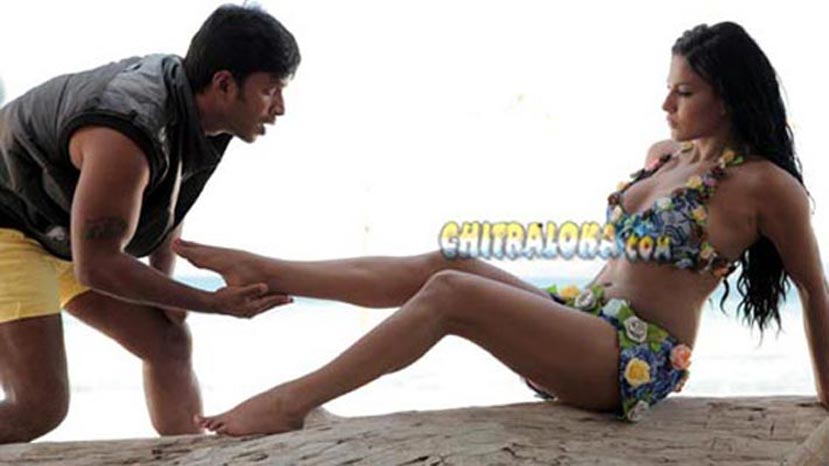 Bollywood bombshell Veena Malik has wrapped up the shooting of her upcoming Kannada movie “Silk Sakkath Maga” song in Thailand. The makers are happy that the Veena canned the film within schedule after she got injured on movie set while shooting for the song. Her ankle got twisted which tore her toe nail and it started bleeding profusely. She refuse to take rest and continued to shoot after having bandage on her feet. She is playing a character of Southern star Silk Smitha which is based on true story. Thailand is a very beautiful place where Veena was seen filming intimate scene with her co-star Akshay in Bikini at beach.

Veena Malik said, “I am very happy that I completed my song on schedule after getting injured on my foot. It was very difficult for me to shoot as it was a painful movement. It’s not a big deal for me as I consider myself to be a super women and nobody can stop me. After getting injured also I am preparing for my upcoming Bollywood movie “The City That Never Sleeps” which is produced by Satish Reddy.