Sameera Reddy on her career in South 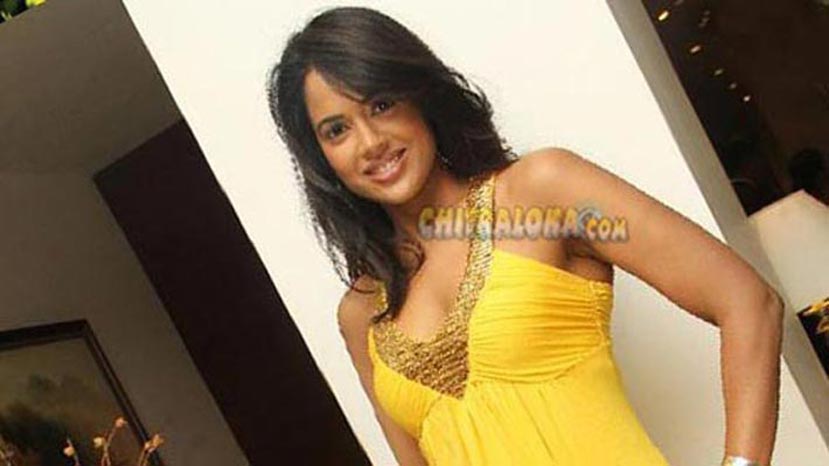 Bollywood actress Sameera Reddy who is working  with Kicha Sudeepa in the film "Varadanaayaka' says that  South Indian film industry is her world and she is quite happy to work in both Bollywood and South Indian films.
Talking about her role in Varadanayaka to Chitraloka Mega Portal, Sameera Reddy whose mother can speak fluent Kannada (She belongs to Dakshina Kannada, but her family still lives in Madikeri) said that she plays a perfect housewife to Sudeep.  "I have so many sequences where I can be natural and show lot of emotions.   Sudeep is a good co-star. I met him during the CCL matches and expressed my desire to work in Kannada films especially when he is playing the leading role.
I am happy that my desire has now been fulfilled' says Sameera Reddy. Sameera Reddy who looks slim and sexy in her Hindi film "Tezz' which is hitting screens on May 27, says that her South Indian fans want her to look a little weighty to look natural in the roles that she is now playing. "I love to play bubbly characters, but I wont deny that I will be happy to get emotionally filled roles' says Sameera.
"In south, when I lost weight, they got pissed with me. It is difficult to handle both the industries. South is my world. I always go with what I feel is right. They don't like if I lose weight, they don't like too much of exposure. I am lucky that I have this parallel life going on," she said.
Asked if is enjoying working in the film where there is  another younger heroine Nikisha Patel, Sameera said that she is concerned about her role in the film and does not think anything more.   "I enjoy working when the film has some more heroines.   Even in Tezz, I have Kangana Rangnaut working with me' says Sameera.
"I keep to myself a lot and I don't get over-friendly with others. . I don't believe two actresses can be best friends. It's an absolute myth. I will never say anybody is my friend! But we are absolutely good to each other," Sameera says
In Tezz, directed by Priyadarshan, Sameera has tried her hand at action. She says the genre is scary.
"Action is not easy. It is scary and has been a real challenge. On the last day of the shooting, when I fell and got hurt, I didn't tell my parents. I tried to keep quiet and not tell anyone, but everything came up in the media and my parents were like 'please don't do this'," she said.
Sameera says the crew took due safety measures for the bike scene in the film, which is to release April 27. Sameera says she is trying to strike a balance between her southern and Bollywood films