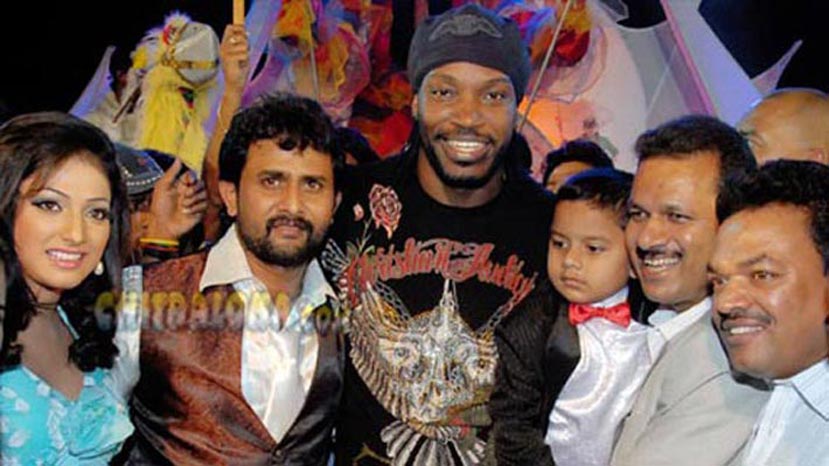 Explosive West Indian cricket player Chris Gayle who plays for the Royal Challengers team of Bengaluru for the IPL matches released the audio of  Kannada film Kilaadi Kitty directed by Anantha Raju and produced by Shiva Kumar.
Sreenaga Kitty, Hari Priya and Smitha (Nivedhitha) are in the lead roles in the film.  The audio release function was held in Good Shepherd Auditorium where Gayle spoke in Kannada before the audio release function.  He also complimented Kitty, Hari Priya and Smitha for being part of an entertaining film and dancing so well.  Infact he also joined Hari Priya in dancing with few foot tapping steps.  Jessie Gift is the music director of this film.
Kilaadi Kitty is the remake of Telugu film Blade Babji and has been shot in various places including Hampi, Mysore and Bengaluru. The film will be releasing shortly.