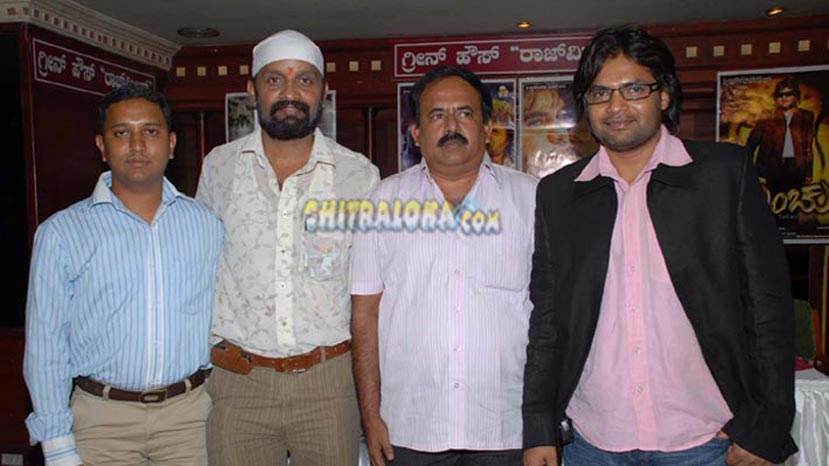 Director Vishal Raj who had done dance choreography in many Kannada films  and had earlier  directed Shivani  has now completed the shooting of the film Minchu.  The audio album of  Minchu was released with much fan fare in the Century Club.  Minchu is the remake of Tamil Hit Thimiru starring  Vishal, Reema Sen and Shreya Reddy.

The Kannada film will have new comers Sidhdharth, Mumbai based Jannith and Archana doing the main roles. Sathya Prakash, Dharma and others are playing the villain's roles in the film.  The fiml is produced by Venugapola Naik.

Noted film director S.K. Bhagawan, former President of the Karnataka Film Chamber of Commerce K.V. Chandrashekhar, well known distributor and producer K.C.N. Kumar and industrialist Narayana Swamy who owns a big Printing Press were the chief  guests of the function.  The audio album of 'Minchu' was released by veteran director SK Bhagwan who had tutored Vishaal Raj in the Adarsha Film Institute earlier.  Rajesh Ramanath has scored music for five songs in the album.

Director Vishal Raj says that the film has been shot for fifty days in Bangalore and Dodda Mallur in Chennapatna Taluk.  The action portions of the film will be fantastic, says Vishal Raj.

The film's comedy actors Umesh and Bank Janardhana were also present. Umesh was seen with his new wig which had given him much younger looks.