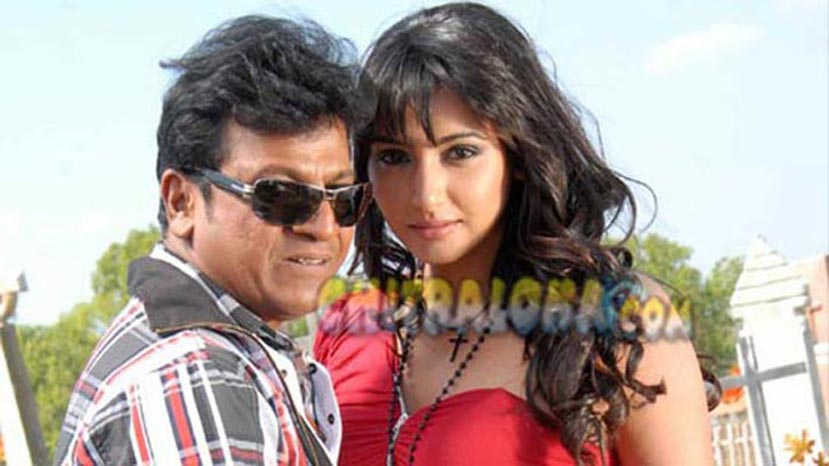 Century Star Shivaraj Kumar's next release Shiva is also creating big waves in the Kannada film industry now.  The entire shooting portions of the film has been completed except the picturisation of two songs of the film which will be shot in Bangkok.  The unit members including the flm's leading stars Shivaraj Kumar and Raagini are leaving along with the film'f producer K.P.Srikanth will be leaving to Bangkok on Monday night.   The shooting of the two songs to be choreographed by Dance director Harsha will begin on Monday.
Two songs out of which one will be shot on Shivaraj Kumar and Raagini will be the first to be picturised after which an item song will be shot on sexy actress Suman Ranganath and John Kokaine.  The film's heroine Raagini will also be present in the song sequence.
Shiva the 101st film of Shivaraj Kumar is directed by Om Prakash Rao. Sathya Hegde is the cinemetographer of the film for which Guru Kiran is the music director.  The audio of the film will be released in the second week of May in Chitradurga after the unit returns are completion of two songs of the film.