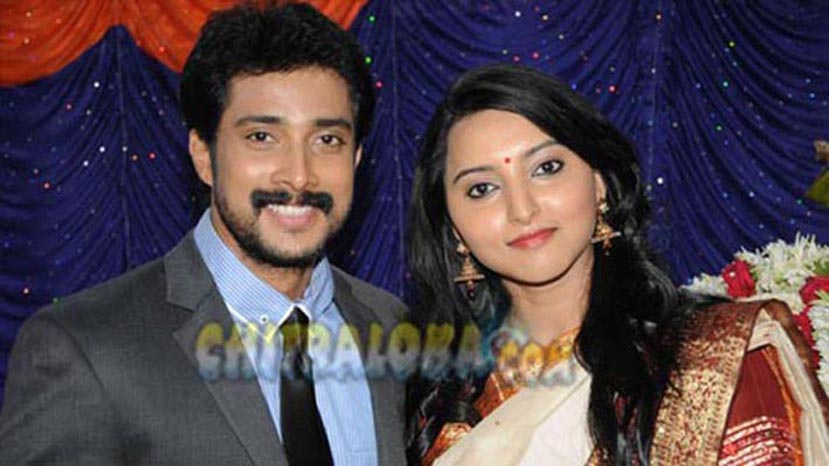 Well known director R.Chandru has started the shooting of his new film "Charminar' featuring Nenapirali Prem and Meghana Gaonkar immediately after the launch of the film held in Kanteerava Studios on Monday, the April 30.   All the three brothers of Dr. Raj Kumar family were present during the muhurath day and there were many number of fim peronalities who had come to wish R.Chandru and Prem. Gudigande Naidu is the Executive Producer of the film while Manjunath is the producer.  The music of the film is being handled by teenaged sensation Hari who has already composed four songs of the film.
Chandrashekhar who had worked so far in all the four films of R.Chandru is again working behind the camera for the film.
"Charminar is a historical monument which is a structure on four pillars.  I wanted to say even life of any person needs the support of four strong pillars  to sustain and achieve success.  This concept is narrated on screen through a real life incident.   I had attended an allumni meet in a school I studied and met my childhood friend. When we were exchanging notes on our respective lives, my friend who had become a big businessman narrated his own incident.  I have taken some incidents in his life and also added a little bit of incidents  which are based on  my own imagination.  The story has come out very well.  When I narrated the story to Prem he was impressed. Later I told the story to  his Manager Gudibande Naidu who was touched so much by the story that he immediately agreed to be an executive producer of the film' said R.Chandru.
Prem said that he had not done any role in his career that had shades of his role in Charminar.   "The film's role has three stages where I look like a college going student, a teen ager and even a middle aged person.  I know the role is difficult to handle, but I am prepared to take this challenge' said Prem.
The entire shooting portions will be completed in 42 days.