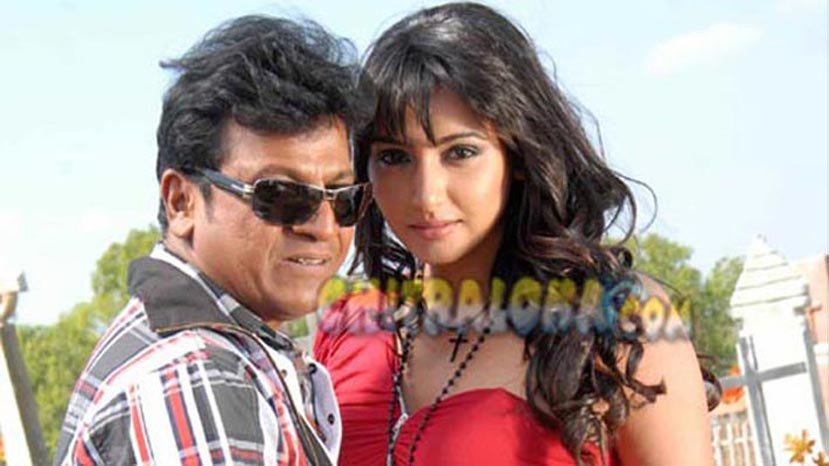 Century Star  Shivaraj Kumar's much awaited film  Shiva directed by Om Prakash Rao and produced by K.P.Srikanth is presently having its shoot in Bangkok where  a song featuring the lead artists is being shot. Raagini is the heroine of this film.   The shooting of the film will be completed after the shooting of another item song featuring Suman Ranganath, John Kokaine  in which Raagini is also making a presence.
Shivaraj Kumar says that now efforts are being made to release the film exactly on the date of the release of his first film Anand directed by Singeetham Sreenivasa Rao in 1986.  The film was released on June 16.  This information was disclosed by the century star while he was participating in the press meet of R.Chandru directed "Charminar' featuring Prem and Meghana Gaonkar. Shivaraj Kumar participated in a small sequence where he plays the role of a Chief guest who shows clap board for a new film titled as "Charminar' in the film.   He came to the venue of the press conference straight and was part of a press meet.   Many media persons were happy  about his statement against the  attempt to forcibly bring in the dubbing culture in Kannada films.
Incidentally the audio of the film may be released on the 26th marriage anniversary and Shivaraj Kumar and Ms. Geetha Shivaraj Kumar which happens on 19th May 2012.  The audio will be released in chitradurga in a grand function.