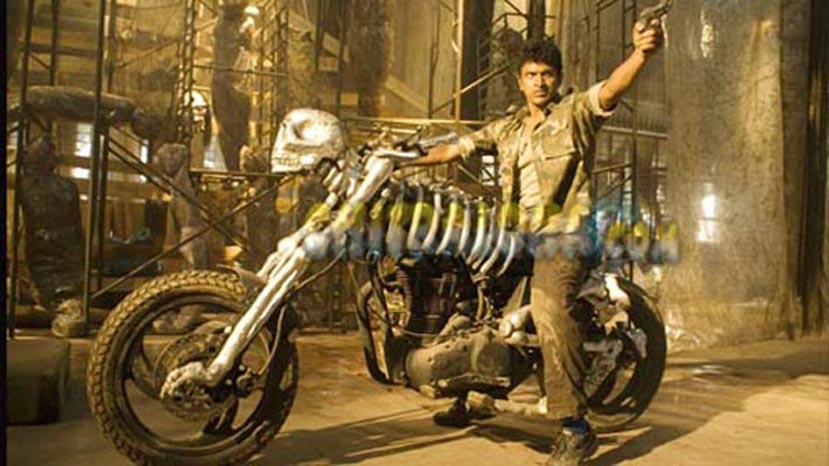 Power Star Puneet Raj Kumar's most awaited film Anna Bond which has secured the biggest release in the Kannada film industry as for as the release and screening in multiplexes are concerned opened early in the morning in Hospet's  Saraswathi theatre. Infact some channels have given flash news about how the fans were demanding the early screening of the film.  In Bellary's  Shive theatre also similar reports have been heard.
While Cinepolis has reported full houses in all the thirteen screenings on day one, the Rockline Cinemas  started off its screening morning at 7.00 A.M.  The multiplex in Jalahalli  will have totally twenty shows today  which may continue till Thursday.   In PVR all the eight shows have been booked while the reports from other multiplexes have also been showing similar results. Looking at the craze for the film, the multiplex owners have increased the number of shows for the film.  On day one, the film will have 104 shows of screening.    Now, It definitely  looks as if  the film is going to get the biggest share from the  multiplexes.
Among the single screens, Navrang had six shows and the first show started off at 7.30 A.M.  in the morning.  The last show will be at night 10.00 P.M. Many single screens in Bengaluru like  Siddeshwara and Vajreshwari are expected to start early screening which may start either at 7.00 A.M or 7.30 A.M.