Chetan Chandra and Deepa Sannidhi starrer 'Love Churumuri' was launched at the Karanji Anjaneya Swamy Temple in Basavanagudi. Puneeth Rajkumar sounded the clap and released the first look of the film.
Hemanth Rao who has assisted Girish Kasaravalli and Jacob Verghese is directing the film apart from writing the screenplay. Hemanth says that it is an youth centric subject and the story is told in IT background. 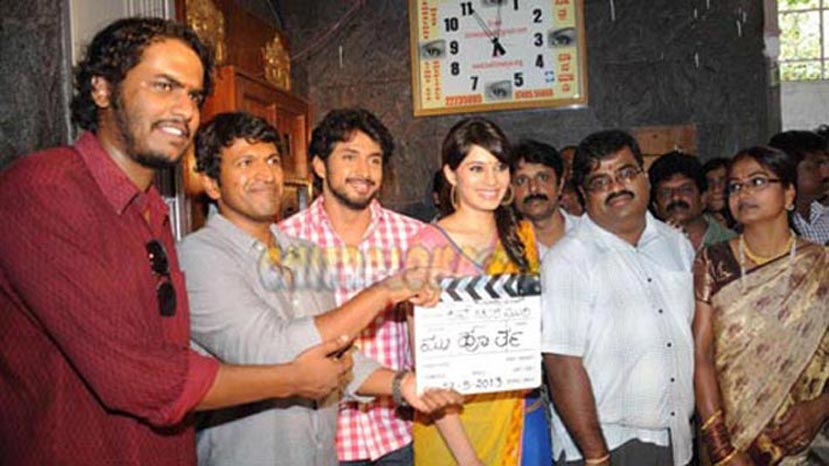 Chetan Chandra who is basically from the engineering backgound says that he didn't want to conintue in engineering and was more interested in films. But in this film, Chetan has to go back to his roots. Deepa Sannidhi said she is very lucky to get a role like this and her role carries the film on shoulders.
The film will resume shooting next month and will be wound up in two schedules.