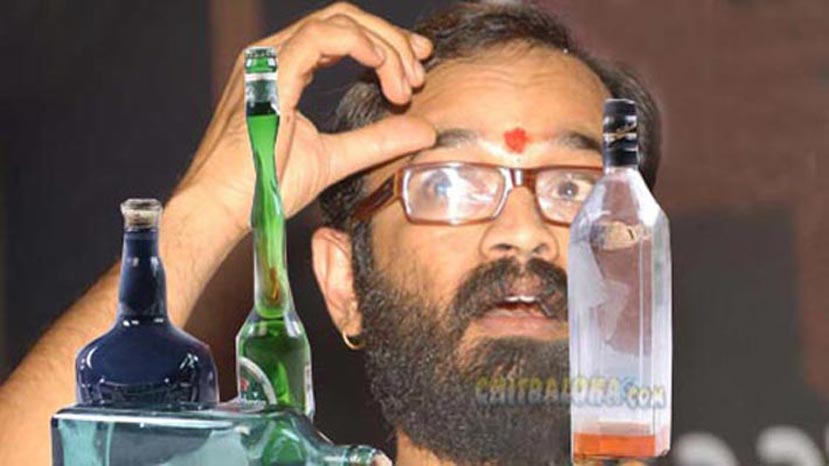 Maverick director Guruprasad has saved Rs 2 lakh in the last six months. He has not saved money on purpose, but by quitting drinking. Guruprasad was a patron of good whisky and was known to nurse a few pegs after work in the evenings. More than relaxing, he thought the whisky was helping him developing ideas. But soon, he realised that the drink was not helping him much and he was actually paying dearly for it.

His favourite drink was Teachers whisky. He used to down about eight to ten pegs of the drink a day which was almost equal to a bottle. It is one of the costlier Scotch whisky around. And never in his life would Guruprasad drink alone. Even at the roughest of back of the envelope estimations, Guruprasad would spend at least Rs 30,000 on the whisky per month.

But being the strong-headed guy he is, Guruprasad has quit drinking from the last six months. That means he has saved nearly Rs 2 lakh in the last six months. More than that, he has now become sharper, wittier and full of zeal. If he was working 12 hours earlier, he has increased it by another four hours now. The director of films like Matha and Eddelu Manjunatha is ready with his new film Director's Special. Many did not like him naming the film on a liquor brand.

But Guruprasad went ahead. After many hurdles, the film is ready for release either the last week of this month or early next month.