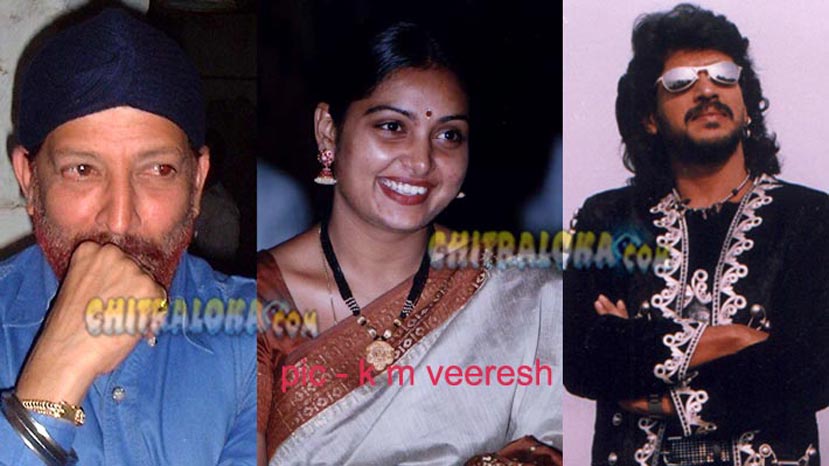 The prominent three personalities of Kannada cinema superstars Vishnuvardhan, Upendra and top actress Shruthi celebrated their birthday on September 18 in a simple style. Superstar Vishnuvardhan on the occasion of entering to 54 handed over Rs.1 lakh cheque to Chief Minister’s

Relief fund. Right from the morning on September 18 there was long queue from 6 am at Vishnuvardhana’s residence in 4th block Jayanagar. After traditional pooja Vishnuji met all his fans. The fans came thronging but maintained a good discipline throughout. Nearly 5000 persons were waiting in the queue to meet their screen god Vishnuvardhan when Chitraloka editor K.M.Veeresh went to hand over the CD and convey best wishes to vivacious Vishnuvardhan. Producers Vijayakumar, Kotigobba Babu, music director Manohar, actor Ramesh Aravind were seen in the residence of Vishnuvardhana.

Apparently the CD presented by Chitraloka editor consisted of good wishes to Vishnuvardhan on the occasion of his birthday. The wishes came from USA, Canada, Singapore, and Dubai and from many parts of India.

Chitraloka also handed over the e-mail greetings received on behalf of superstar Upendra on his birthday. Upendra fans were enjoying and were dancing in the streets of Bangalore on the occasion of the release of his movie Raktha Kaneer