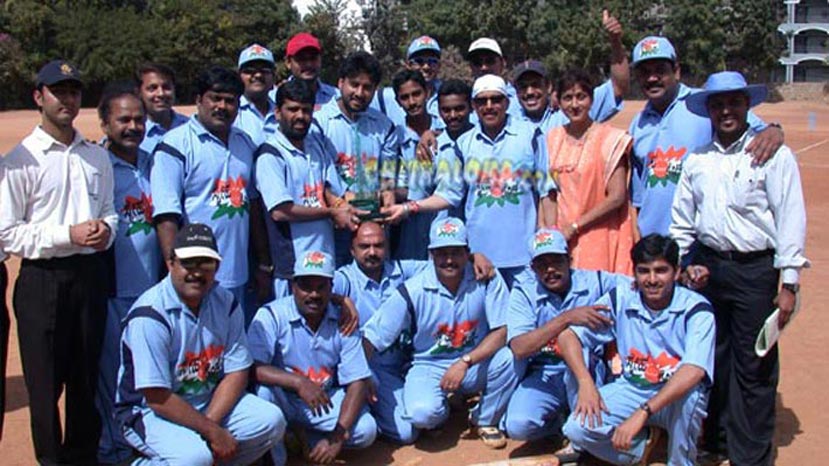 In a stiffly contested 16 over limited Cricket match between the cinema journalists and Snehaloka team headed by superstar Vishnuvardhana the ‘Kadamba’ (under production Kannada film starring Vishnuvardhan, Naveen Krishna, Bhanupriya and others directed by Suresh Krishna – produced by Universal films – Soorappa Babu and Kamalakar) cup trophy was won by the Snehaloka team. The match was played on Sunday December 14 at Jaynagar National College grounds from 10 am to 1.30 pm.

In the evening at KSLTA it was a one year birthday celebration of Snehaloka. In a colorful function the runners up trophy of the limited over cricket match was received Mr Girish Rao and Mr Sadashiva Shenoy of cinema journalists team from actor turned MP Ambarish. Vishnuvardhan received the main winner’s trophy. Those who played well in bat, ball and in fielding – Indrajit Lankesh, Bhasker, Venugopal, Saurav and Shobaraj also received honors. 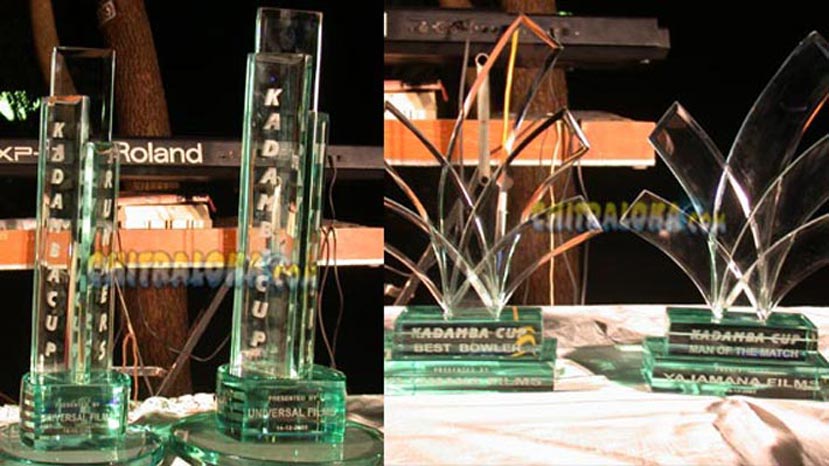 On the occasion of one year celebration of Snehaloka consisting of artistes and well wishers an ambulance was presented to Arya Vratha social organization. The key was handed over to the organizers of Arya Vratha by Vishnuvardhana.

It was a day full of fun and friendship. Superstar Vishnuvardhana disclosed his intention of much memorable work from Snehaloka team. He offered invitation for all the cine journalists to be a part of Snehaloka.

The spicy afternoon lunch was sponsored by S.Ramesh, President of Karnataka Film Chamber of Commerce. In the evening the ‘Kadamba’ producer Soorappa Babu and Kamalakar hosted a memorably party.