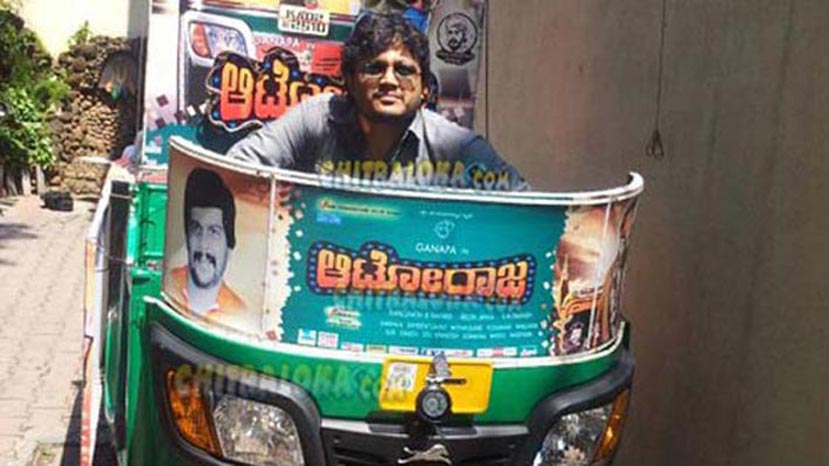 A total of six theatrical and television trailers of Golden Star Ganesh's new movie Auto Raja was officially released on Saturday morning. The audio of the film was launched nearly two months ago and the director Uday Prakash said the film will be released in the first week of June. The film has been censored and has received an U/A certificate.

'Auto jathas' will be conducted in Mysore, Bellary, Hubli and Belgaum in the next two weeks to promote the movie. Ganesh and Deepika Kamaiah will participate in these road shows that will include blood donation camps by auto drivers in all these cities.

Ganesh says Auto Raja is quite different from the rest of his 21 films. "The film is good and therefore we are going all out to promote it. There are experiments in a few scenes of the film. I usually finish dubbing in one day. But after watching the scenes in Auto Raja, I took two days to prepare myself."