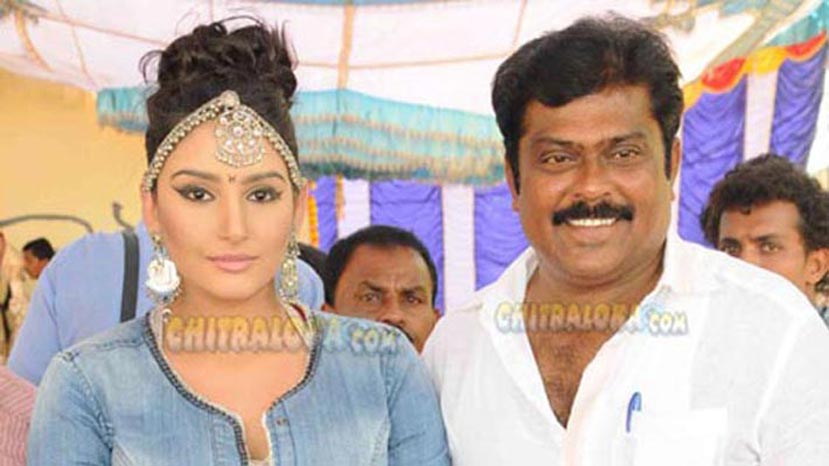 Glamour Doll Ragini is all to be a part of the 'Big Boss'. No the actress is not participating in the popular reality show as a contestant, but has gone to the 'Big Boss' stage to promote her new film 'Ragini IPS'.

The actress along with producer K Manju and choreographer Imraan Sardariya went to Lonavala on Friday morning and participated in the show. The show which is hosted by Sudeep will be telecasted on Saturday night at 8 PM.