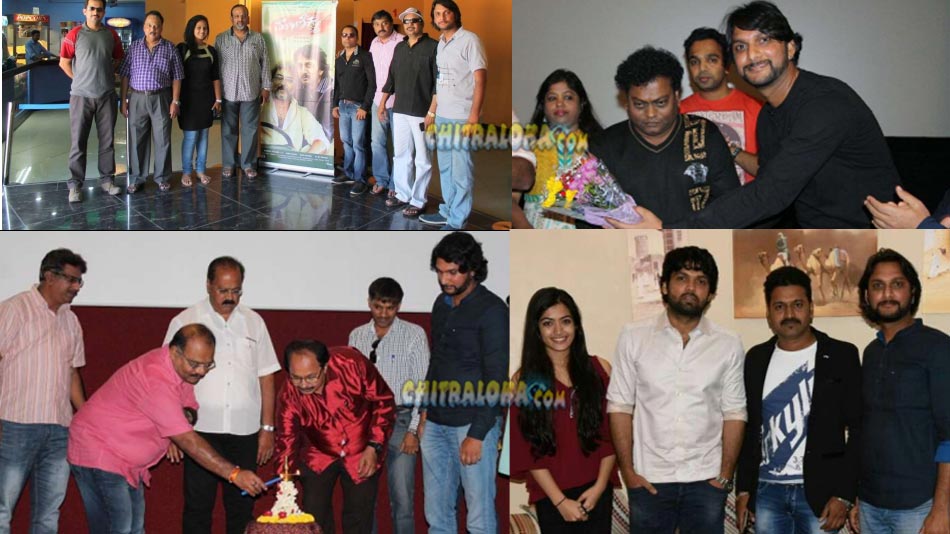 Gulf/Bangalore: Recognizing the need for Kannada and Tulu languages distribution in the Gulf countries (UAE,OMAN,QATAR,BAHRAIN,KUWAIT,SAUDI ARABIA), Gulf Kannada Movies was founded a decade ago with group of like minded friends. Deepak Somashekhar from Dubai and brother Darshan Somashekhar from Bengaluru as founders, Sukeesh Dwarkish son of Rajakulla famous Kannada actor Dwarkesh and Sadan Das supported from Dubai, Suresh Rao as the representative of Kuwait and Subrahmanya Hebbagelu representative Qatar are working as a single team.

Gulf Kannada Movies has released 48 films so far, for the first time in the history of the silver screen, Kannada and Tulu films have been released on the silver screen at the request of Kannadigas-Tulu people who wanted to watch their language films in the Gulf countries and created history.

When our all favorite Appu (Puneeth Rajkumar) passed away, in memory of his social service, a blood donation camp was organized in Dubai as part of his tribute program.  During two years of Covid pandamic, Gulf Kannada Movies had a Zoom conversation with the great actors of the Kannada film industry like Dr. Shivaraj Kumar, Dwarkeesh, Puneeth Raj Kumar, Sudeep, Upendra etc. to give courage, confidence and morale to Kannadigas in the Gulf countries. Celebrating 10 years of organization. Let us also wish good luck for the service of Kannada and for the success of the organizations