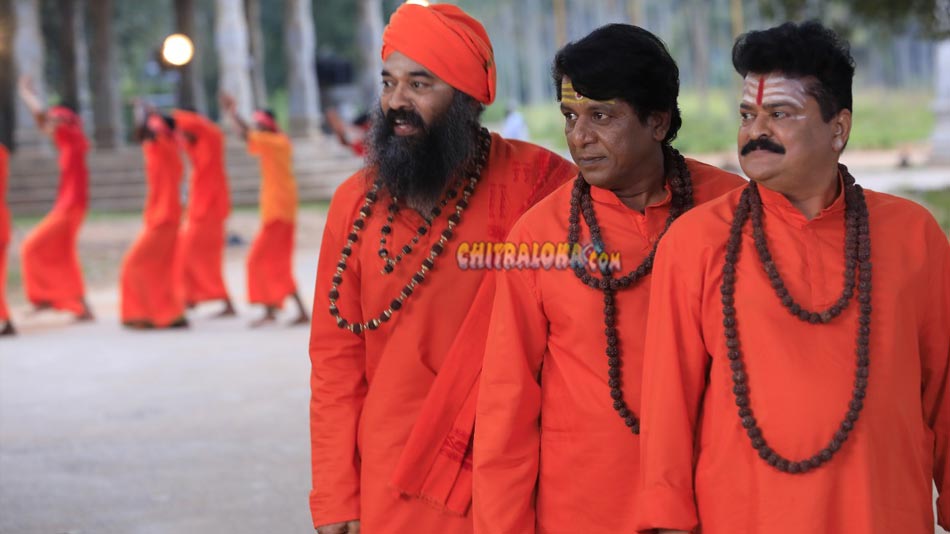 After 15 years, Matha is back in the news in Sandalwood. The original Matha, directed by Guruprasad was a huge hit and considered a landmark film in the career of Jaggesh. The new film Matha does not have Jaggesh but has Guruprasad doing a prominent role.

The film is directed by Ravindra Venshi and stars Ashok Davangere in the lead. The film is based on Ashok Davangere’s book which he wrote after visiting over 3000 mutts across Karnataka. The film has actors from the original Matha in special roles. The cast includes Tabala Nani, Sadhu Kokila and Raju Talikote.

The film has been shot in over 50 mutts and claims to be the first film which has been shot in 25 districts of Karnataka. Shooting has taken place in over a 100 tourist and religious places of the State.