Uppi’s special message for his fans 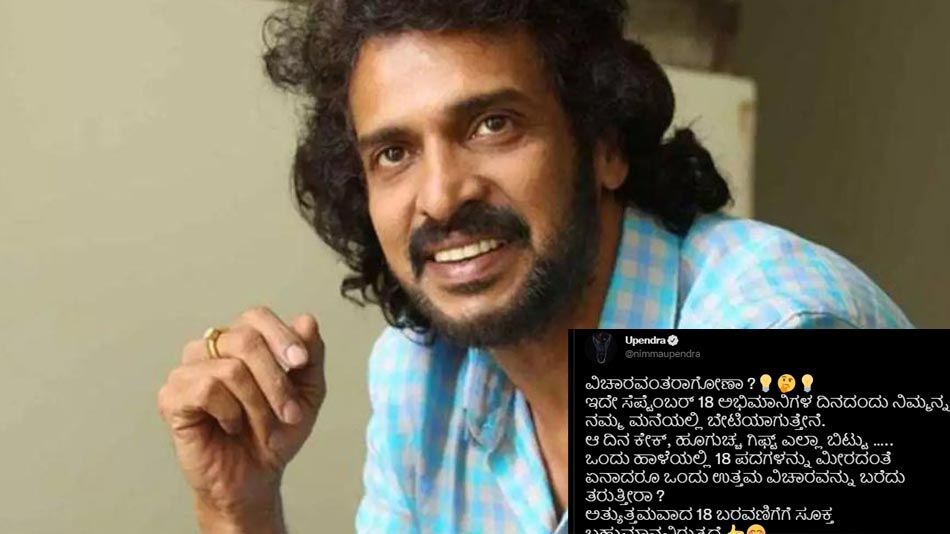 Actor Upendra has announced prizes for 18 fans who will come up with something unique in writing for his birthday. The fans will have to write a meaningful, inspirational quote which will be less than 18 worlds. The best 18 of them will be rewarded by the star on his birthday on September 18.

Fans have also been advised by Upendra not to bring cakes and garlands for his birthday. Instead they will have to do some thinking and bringing a unique writing. This is in line with the unique thoughts of Uppi which  he has exhibited in public life as well as in his political venture Prajakeeya. Prajakeeya recently celebrated its anniversary.

Upendra will be celebrating his 54th birthday this month. Fans are eagerly waiting for his next film, Kabza, directed by R Chandru. This will be the first Upendra film to be released in multiple languages. Though he has acted in films in Telugu and Tamil, not all his films have been dubbed. The films he directed have been dubbed in Telugu and succeeded. Kabza will the first multi language simultaneous release.