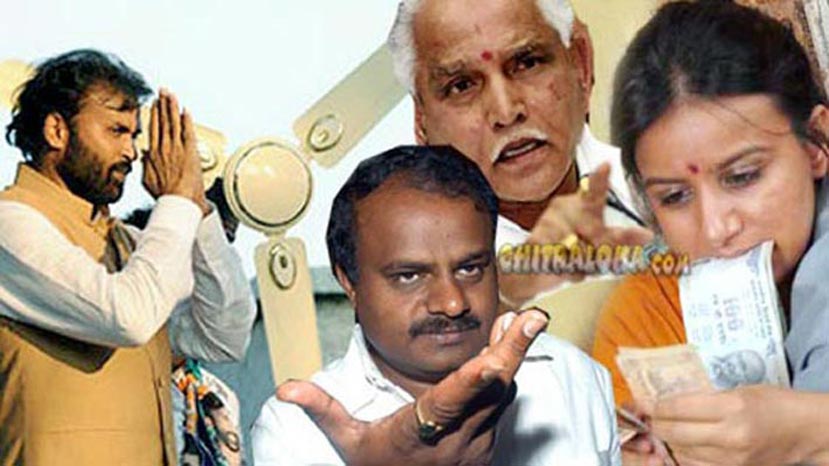 Actress Pooja Gandhi is turning out to be a professional when it comes to changing parties in politics. In less than two months, she has changed parties twice. After joining BS Yeddyurappa's Karnataka Janata Party earlier, she has on Tuesday sprung a surprise by shifting to BS Sriramulu's BSR Congress. This is her third political party in as many months.

She quit her first party JDS after former chief minister HD Kumaraswamy publicly said the actress was a liability post her film Dandupalya. Smarting at the rebuke she joined KJP when BSY launched it in Haveri. Now, the reason for shift from KJP to BSR Congress is said to be the promise of a seat by the latter. In KJP, her demand for a ticket to contest the upcoming Assembly elections has been rejected, it is learnt. With the entry of Shruti to KJP, Pooja's prominence had also diminished.