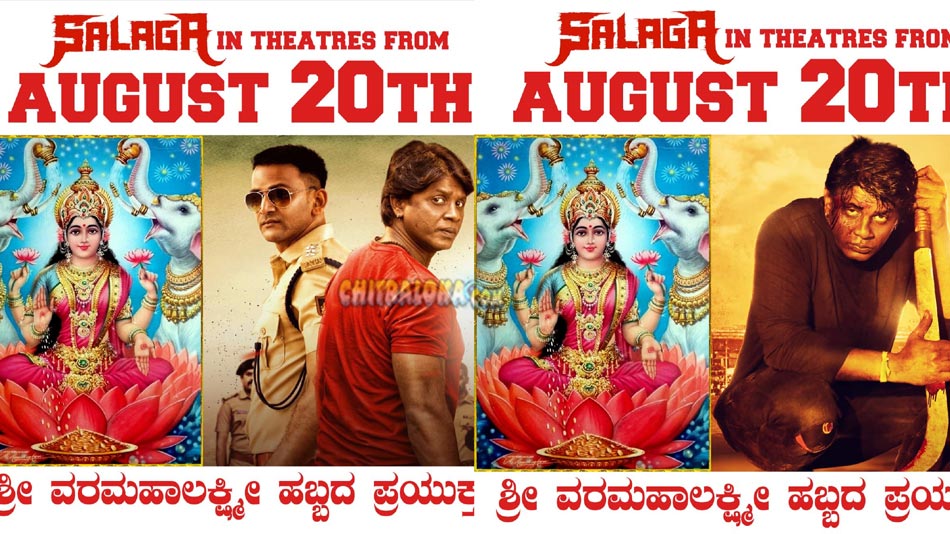 Varamahalakshmi festival is one of the prominent festivals in Karnataka and every year many teams line up their films to release on the auspicious day. This year as many as three films are planning to release their films on the festival day.

The first among the three is 'Duniya' Vijay's directorial debut starring himself along with Dhananjay, Sanjana Anand and others. The film was almost completed before the first lockdown itself. After the lockdown the team completed a song and the post-production work and had scheduled the film for May this year. However, due to a second lockdown the release was postponed and now the team is planning to release on the 20th of August, which happens to be the Varamahalakshmi festival.

Apart from 'Salaga, Yogi starrer Lanke and Dr Rajkumar's granddaughter Dhanya's debut film 'Ninna Sanihake' have also been lined up for release on the same date. The Karnataka Government has already given permission to screen films with a 50 percent audience capacity and the Kannada film industry is looking forward for a permission of 100 percent audience capacity by that date.