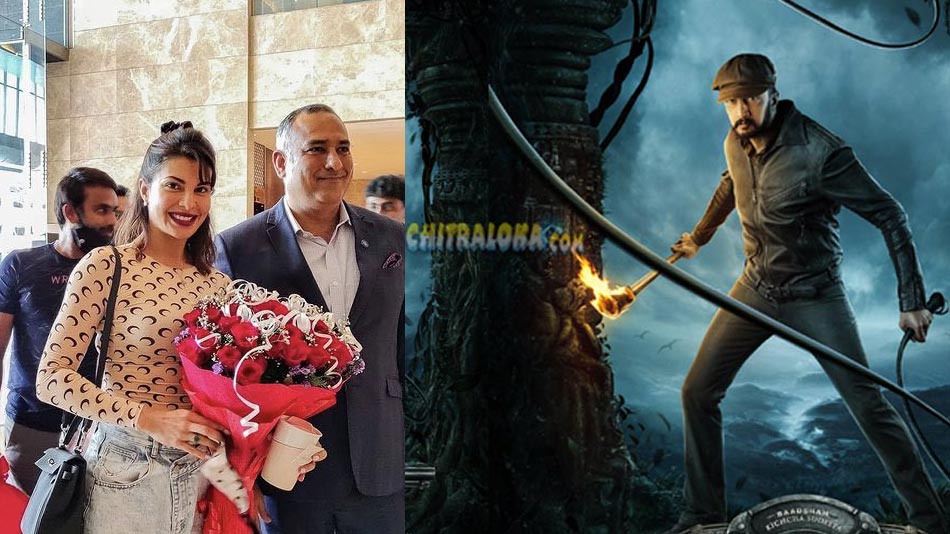 Well known Bollywood actress Jacqueline Fernandes was approached to feature in a special song in Sudeep starrer 'Vikrant Rona' earlier this year. Now the actress is in Bangalore for the shooting of the song.

Jacqueline arrived in Bangalore on Friday and is busy with the shooting of the song in Mohan B Kere Studios. A special set has been erected by art director Shivakumar for the film and Sudeep has also joined the song shooting.

'Vikrant Rona' is being produced by Jack Manju, while Anup Bhandari has scripted and directed the film. The film is in the completion stage with most of the post-production work also being completed. The team intends to announce the new release date soon.