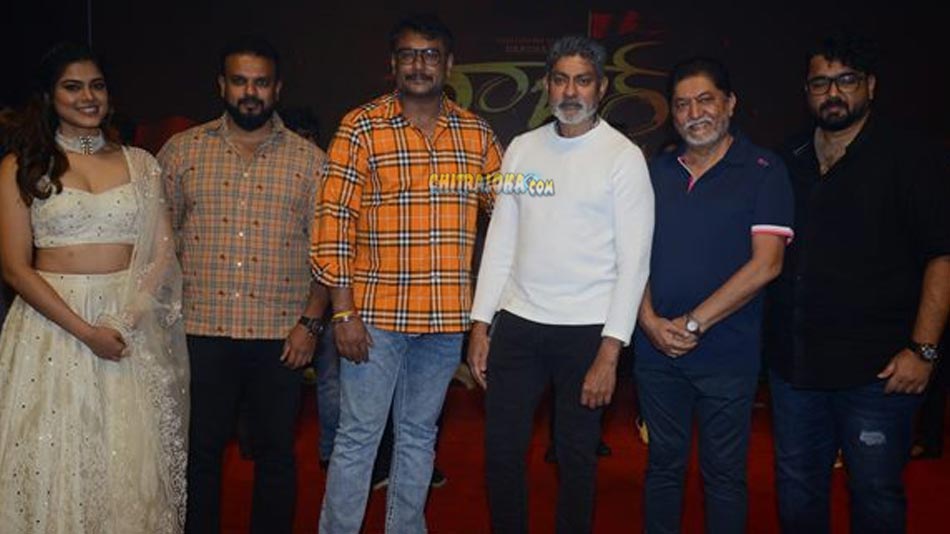 Darshan starrer 'Robert' is all set to be released on the 11th of March in Karnataka, Andhra Pradesh and Telangana in a grand style. Meanwhile, the team is very much confident about the film, after the success of the pre-release events held recently.

'Robert' is releasing simultaneously in Kannada and Telugu and the team had organized pre-release events to promote the film in Hyderabad and Hubli respectively. The film was promoted amidst a huge gathering in both the places and the team is very much confident about the success of the film.

Jagapathi Babu who has played the antagonist in the film was the chief guest at the event in Hyderabad and the actor praised Darshan not only for his simplicity, but also his good nature. The actor welcomed Darshan to Telugu cinema and Darshan accepted that he will be collaborating with well known Telugu producer BVSN Prasad for a film in the future.

In the event held in Hubli, Minister Jagadish Shettar, MLA Raju Gowda, Sharan, Abhishek Ambarish and others were present at the occasion.