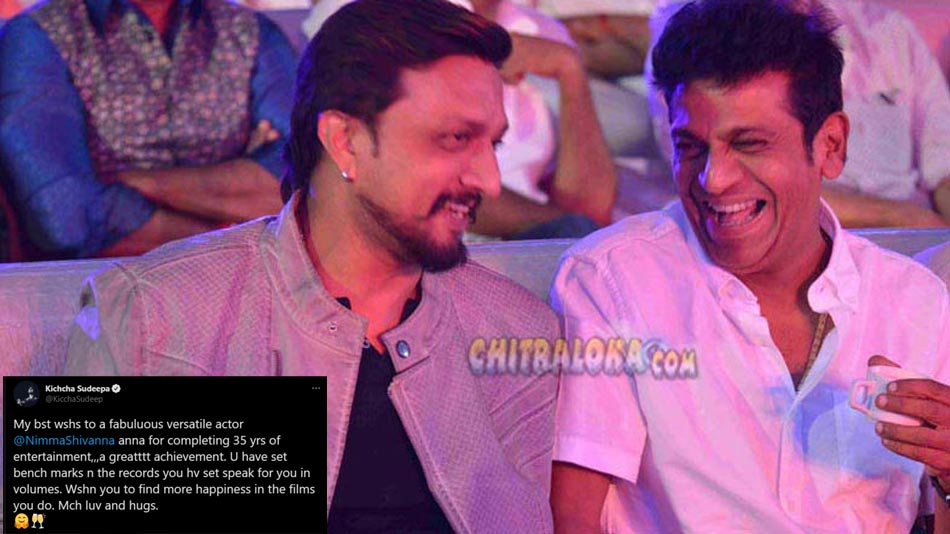 Actor-director Sudeep wished Shivarajakumar for completing 35 years successfully in the film industry. The actor took to Twitter and wished the 'Century Star' of Kannada cinema and hailed it as a great achievement.

Shivarajakumar on Friday (February 19th) completed 35 years in Kannada film industry successfully. It was on the same day in 1986, that Shivarajakumar faced the camera for his debut film 'Anand' at the Chamundeshwari Studios in Bangalore. In a span of 35 years the actor has acted in more than 120 films and is still going strong in spite of acting for three and a half decades continuously.

The fans of the actor celebrated the moment by not only releasing a CDP, but also felicitated him for entertaining them. Shivarajakumar cut a 35 Kg cake brought by the fans during the occasion and thanked the fans for standing with him for the past 35 years.

Not only Sudeep, but many celebrities from Kannada film industry has congratulated Shivarajakumar for successfully completing 35 years in film industry.