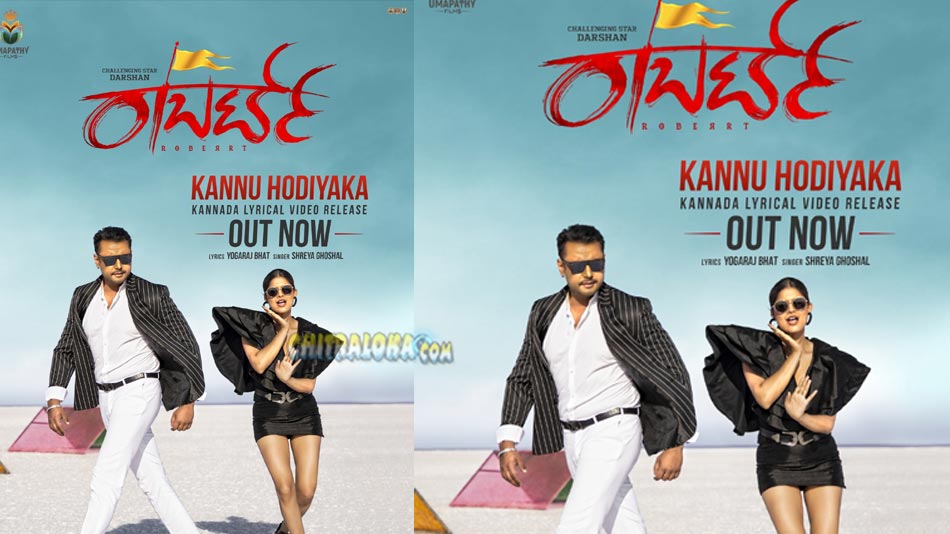 Another song called 'Jannu Hodiyaka' from Darshan starrer 'Robert' has been released on Saturday evening and the romantic number has been getting good appreciation from fans all over. The song which was premiered 16 hours ago has garnered eight lakh views.

'Robert' is all set to be released on the 11th of March in Kannada and Telugu simultaneously. Recently, the trailer of the film was released on Darshan's birthday and in a span of four days, a lyrical video of romantic number sung by Shreya Ghoshal has been released. The song has been composed by Arjun Janya and choreographed by Bhushan.