'Robert' Team To Gift Darshan A Teaser On His Birthday 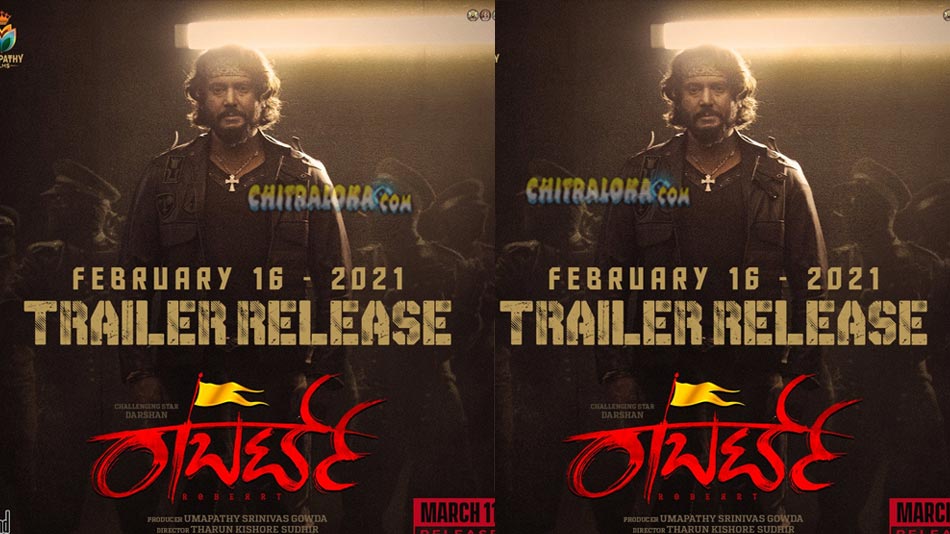 It's just one month left for the release of Darshan starrer 'Robert' and the film is scheduled to release on the 11th of March. Meanwhile, the trailer of the film has not yet been released and the team plans to release it on Darshan's birthday.

Darshan will be celebrating his birthday on the 16th of February. The team of 'Robert' has made a major announcement that the trailer of the film will be released as a gift on the actor's birthday.

'Robert' will be released in Kannada and Telugu simultaneously and the film will be released in more than 300 theaters across Andhra Pradesh and Telangana. Darshan who is making a foray into Telugu cinema for the first time has decided to take it to the next level. Darshan recently visited Thirumala Temple in Tirupati and took blessings for his future endeavor.

Miss Supranational Asha Bhatt makes her debut as a heroine opposite Darshan in this flick. Jagapathi Babu, Sonal Monterio and others play prominent roles in the film. Tharun Sudhir has scripted the film apart from directing it. Arjun Janya is the music composer, while Umapathi Srinivas Gowda has produced the film.