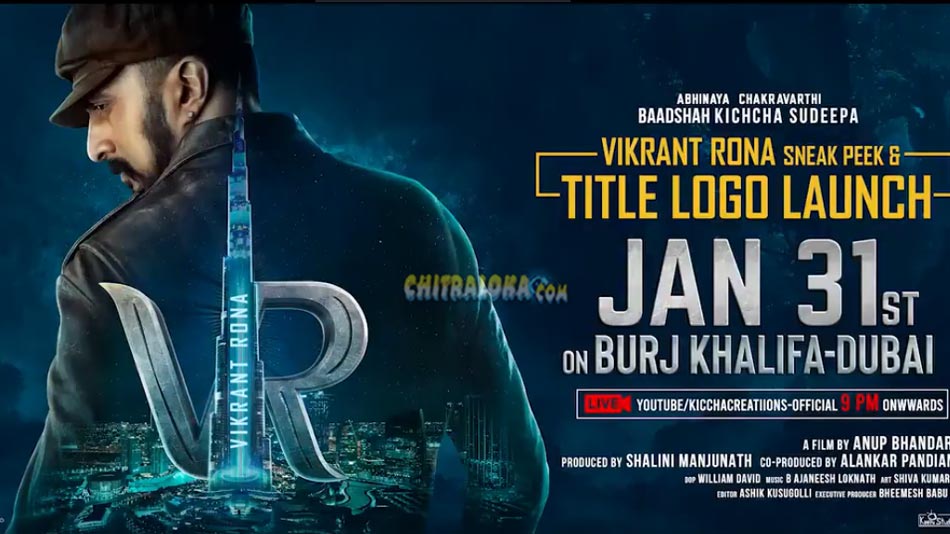 The team of Rajanikanth and Akshay Kumar starrer '2.0' had lit up the Burj Khalifa in Dubai with Rajanikanth's photo during the audio release of the film held three years back.

Now the team of 'Vikrant Rona' starring Sudeep is all set to launch the title logo and sneak peek of the film on Burj Khalifa as a part of the promotional activities as  well as to kick off the 25th year celebration of Sudeep in the Kannada film industry.

'Vikrant Rona' stars Sudeep, Nirup Bhandari, Neetha Ashok and others. The film is directed by Anup Bhandari, while Jack Manjunath is the producer.