It's Official; 'Robert' To Release On March 11th 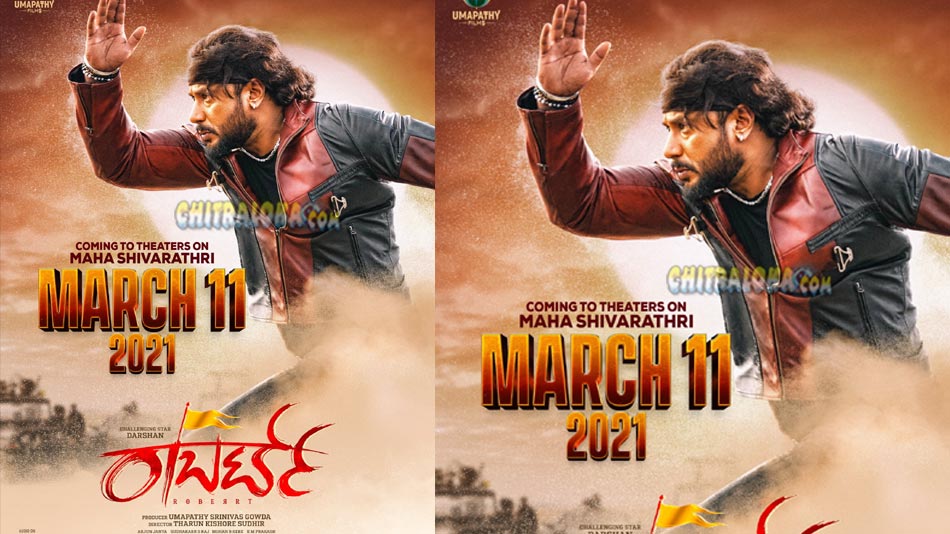 Darshan starrer 'Robert' is all set to release on the 11th of March on the occasion of Mahashivaratri. Darshan himself confirmed the release date during a Facebook Live with his fans.

'Robert' was completed last year itself but the lockdown postponed the release which was scheduled in April. After the lockdown was revoked, it was said that the film will release for Christmas or New Year. However, producer Umapathy Srinivas Gowda and director Tharun Sudhir announced that the film will only be released after the Government permits 100 percent occupancy in theaters.

Though the Government has not announced 100 percent occupancy in theaters, there is still two months left for release and the announcement is likely to come in the next month. So, on a safer note the release date of the film has been announced on March 11th. The film will be released three weeks ahead of 'Yuvaratna' which is scheduled on April 01st.

'Robert' stars Darshan,  Asha Bhatt, Vinod Prabhakar and others in prominent roles. Arjun Janya has composed the music for the film.